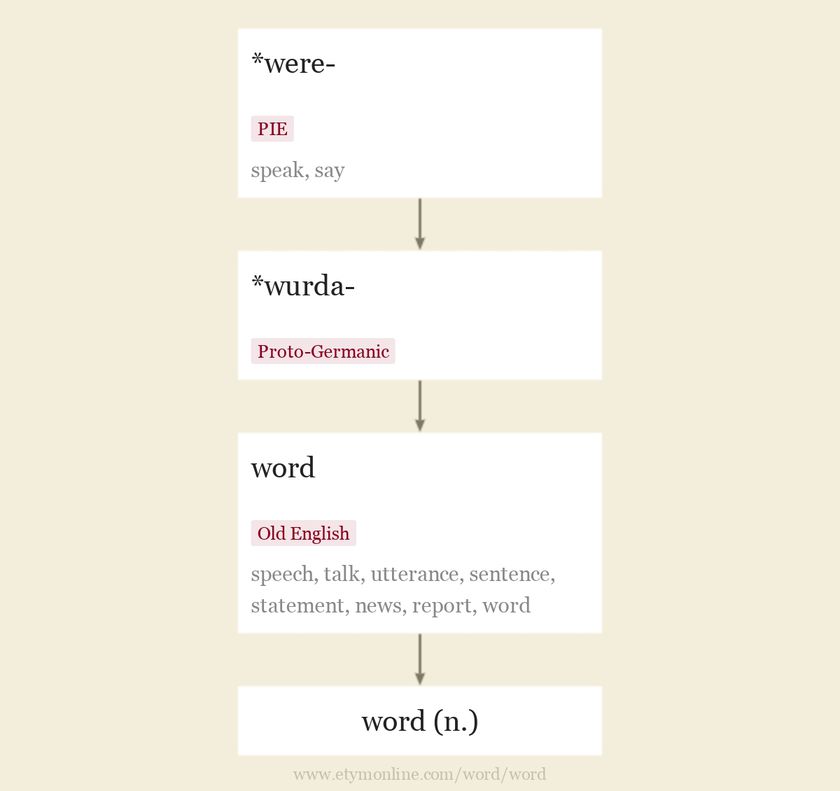 Advertisement
Definitions of word from WordNet
1
word (n.)
a unit of language that native speakers can identify;

words are the blocks from which sentences are made

he didn't say a word about it

when I give the word, charge!

word (n.)
an exchange of views on some topic;

we had a word or two about it

he gave his word

large computers use words up to 64 bits long