The meaning "agent that causes infectious disease" emerged by 1790s gradually out of the earlier use in reference to venereal disease (by 1728); the modern scientific use dates to the 1880s. The computer sense is from 1972.

VIRUS (among Physicians) a kind of watery stinking Matter, which issues out of Ulcers, being endued with eating and malignant Qualities. [Bailey's dictionary, 1770] 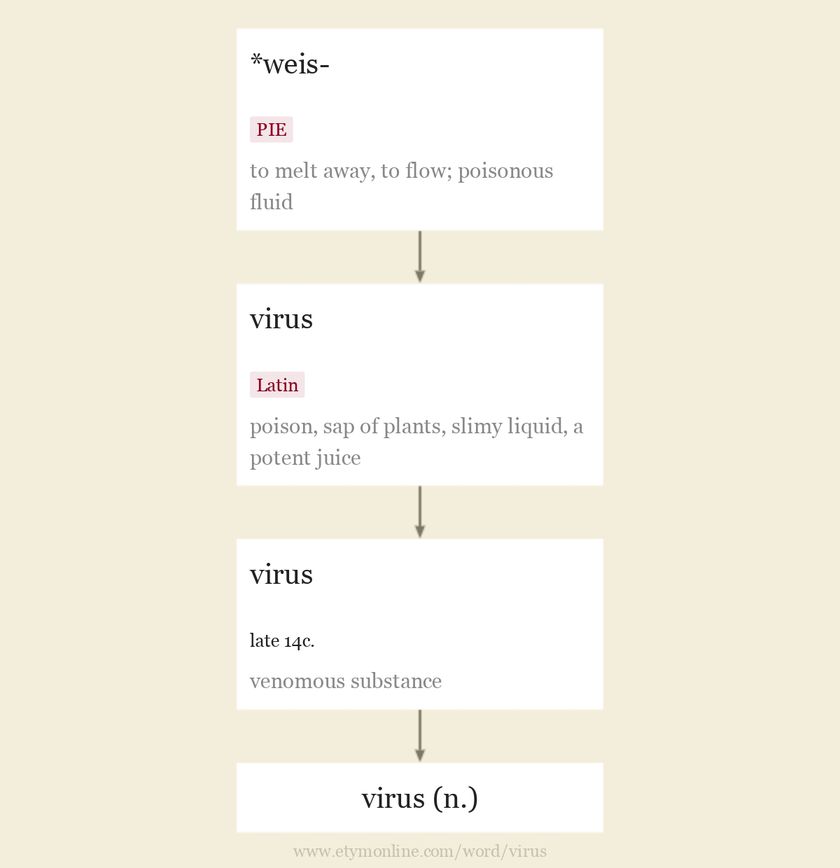 Advertisement
Definitions of virus from WordNet
virus (n.)
(virology) ultramicroscopic infectious agent that replicates itself only within cells of living hosts; many are pathogenic; a piece of nucleic acid (DNA or RNA) wrapped in a thin coat of protein;
virus (n.)
a harmful or corrupting agency;

the virus of jealousy is latent in everyone

bigotry is a virus that must not be allowed to spread

virus (n.)
a software program capable of reproducing itself and usually capable of causing great harm to files or other programs on the same computer;

a true virus cannot spread to another computer without human assistance