1660s, "pod of the vanilla plant," from Spanish vainilla "vanilla plant," literally "little pod," diminutive of vaina "sheath," from Latin vagina "sheath of an ear of grain, hull of a plant" (see vagina). So called from the shape of the pods. European discovery 1521 by Hernando Cortes' soldiers on reconnaissance in southeastern Mexico. Meaning "flavoring extracted from the vanilla bean" is attested by 1728.

Adjectival meaning "conventional, of ordinary sexual preferences" is by 1970s, probably from the notion of whiteness and the common choice of vanilla ice cream; vanilla as figurative of a plain and conventional choice (without reference to sex) seems to date to the late 19c. as a noun, by 1940s (often plain vanilla) as an adjective. 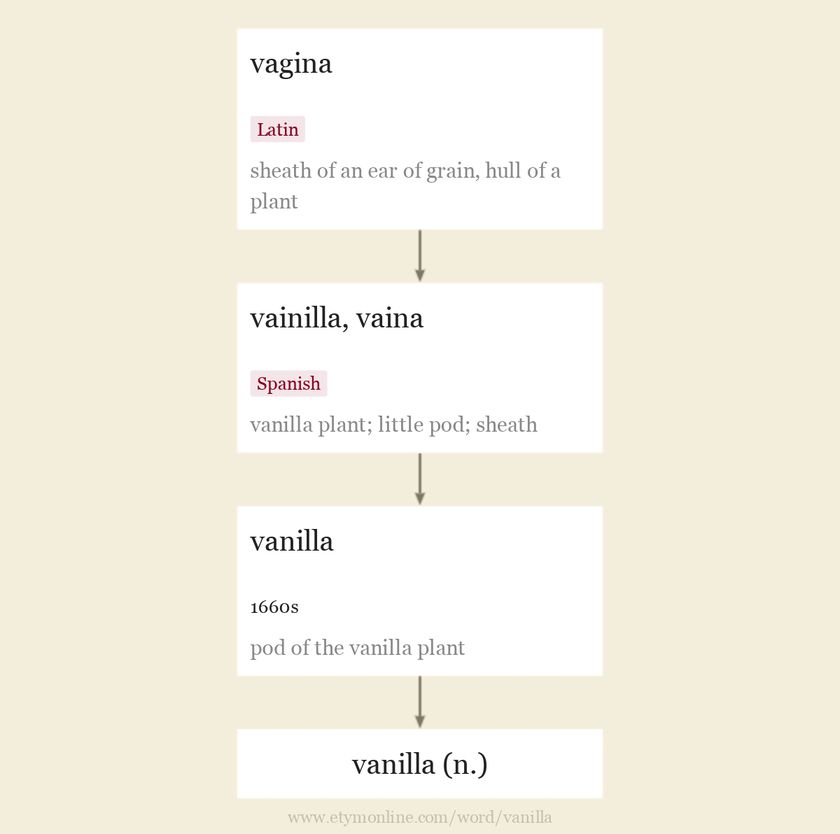 vanilla (adj.)
plain and without any extras or adornments;

the basic car is known as the vanilla version