Old English togædere "so as to be present in one place, in a group, in an accumulated mass," from to (see to) + gædere "together" (adv.), apparently a variant of the adverb geador "together," from Proto-Germanic *gaduri- "in a body," from PIE *ghedh- "to unite, join, fit" (see good, and compare gather).

In reference to single things, "so as to be unified or integrated," from c. 1300. Adjective meaning "self-assured, free of emotional difficulties" is first recorded 1966. German cognate zusammen has as second element the Old High German verbal cognate of English same (Old English also had tosamne "together").

Entries linking to together

Old English to "in the direction of, for the purpose of, furthermore," from West Germanic *to (source also of Old Saxon and Old Frisian to, Dutch toe, Old High German zuo, German zu "to"), from PIE pronominal base *do- "to, toward, upward" (source also of Latin donec "as long as," Old Church Slavonic do "as far as, to," Greek suffix -de "to, toward," Old Irish do, Lithuanian da-), from demonstrative *de-. Not found in Scandinavian, where the equivalent of till (prep.) is used.

The nearly universal use of to with infinitives (to sleep, to dream, etc.) arose in Middle English out of the Old English dative use of to, and it helped drive out the Old English inflectional endings (though in this use to itself is a mere sign, without meaning).

Commonly used as a prefix in Middle English (to-hear "listen to," etc.), but few of these survive (to-do, together, and time references such as today, tonight, tomorrow — Chaucer also has to-yeere). To and fro "side to side" is attested from mid-14c. Phrase what's it to you "how does that concern you?" (1819) is a modern form of an old question: 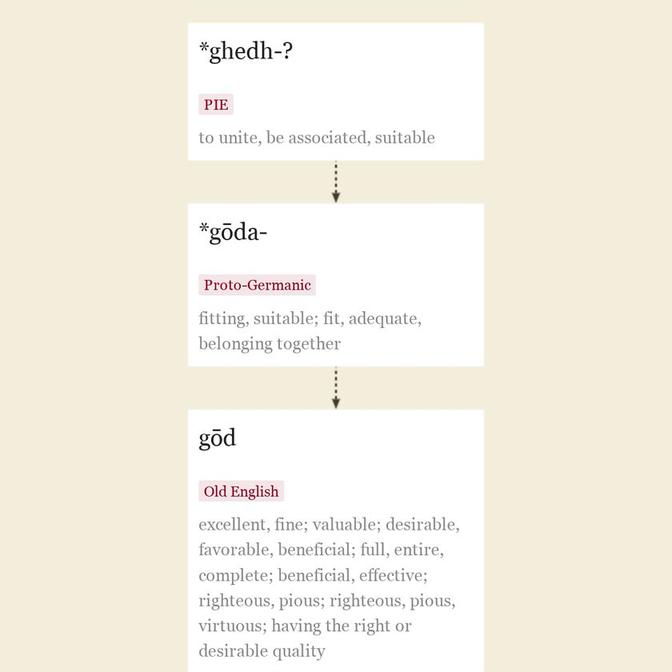 Dictionary entries near together