Meaning "evil" is from late 15c. Used in heraldry from 1560s to indicate "left, to the left." Bend (not "bar") sinister in heraldry indicates illegitimacy and preserves the literal sense of "on or from the left side" (though in heraldry this is from the view of the bearer of the shield, not the observer of it; see bend (n.2)). 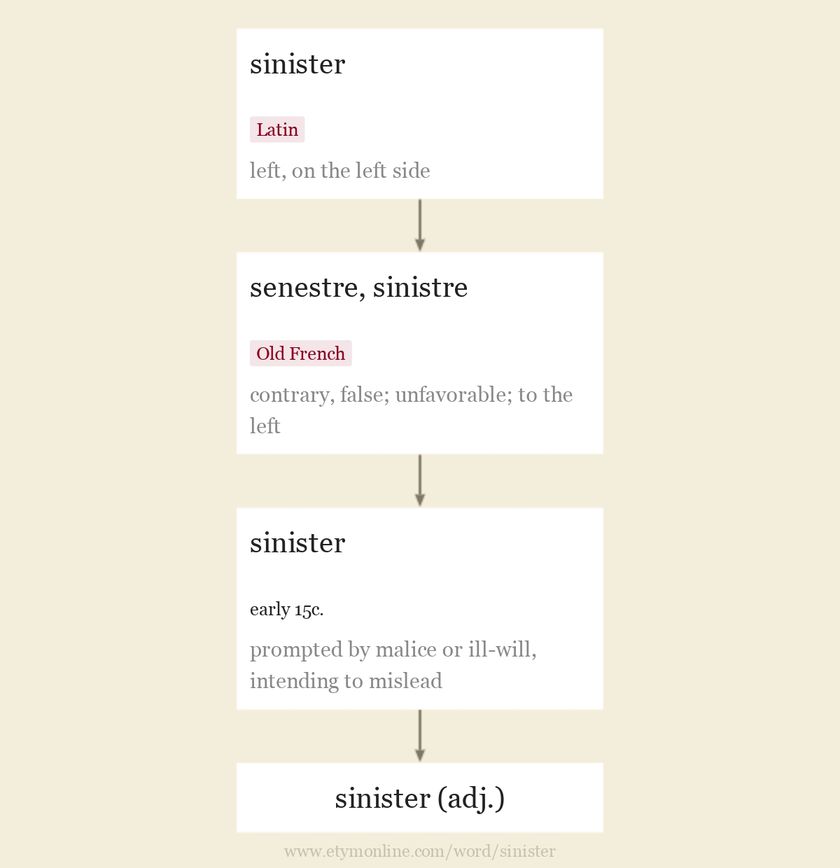