"place of instruction," Old English scol, from Latin schola "intermission of work, leisure for learning; learned conversation, debate; lecture; meeting place for teachers and students, place of instruction; disciples of a teacher, body of followers, sect," from Greek skhole "spare time, leisure, rest, ease; idleness; that in which leisure is employed; learned discussion;" also "a place for lectures, school;" originally "a holding back, a keeping clear," from skhein "to get" (from PIE root *segh- "to hold") + -ole by analogy with bole "a throw," stole "outfit," etc.

The original notion is "leisure," which passed to "otiose discussion" (in Athens or Rome the favorite or proper use for free time), then "place for such discussion." The Latin word was widely borrowed (Old French escole, French école, Spanish escuela, Italian scuola, Old High German scuola, German Schule, Swedish skola, Gaelic sgiol, Welsh ysgol, Russian shkola). Translated in Old English as larhus, literally "lore house," but this seems to have been a glossary word only.

Meaning "students attending a school" in English is attested from c. 1300; sense of "school building" is first recorded 1590s. Sense of "people united by a general similarity of principles and methods" is from 1610s; hence school of thought (1864). School of hard knocks "rough experience in life" is recorded from 1912 (in George Ade); to tell tales out of school "betray damaging secrets" is from 1540s. School bus is from 1908. School days is from 1590s. School board from 1870. 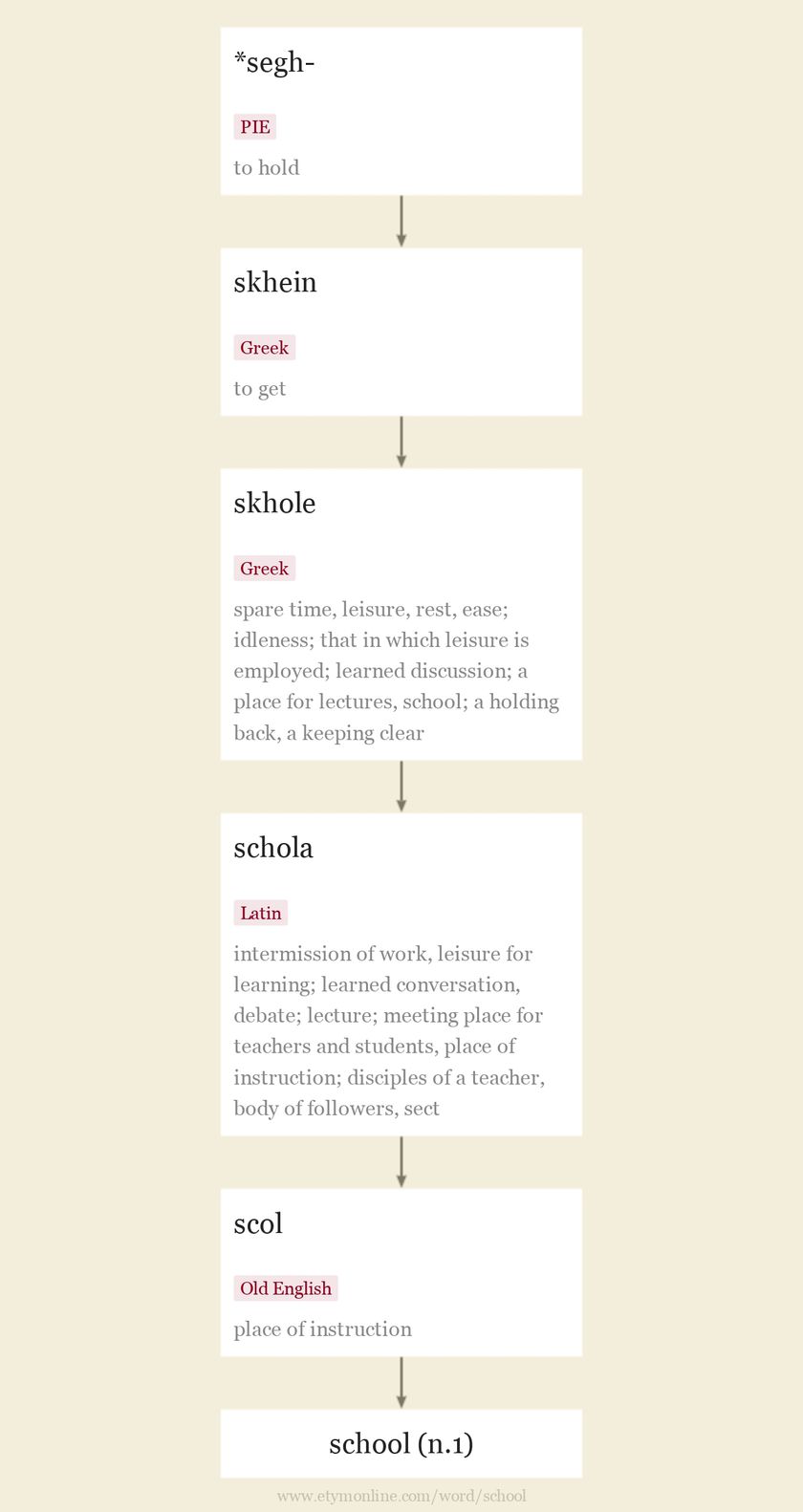 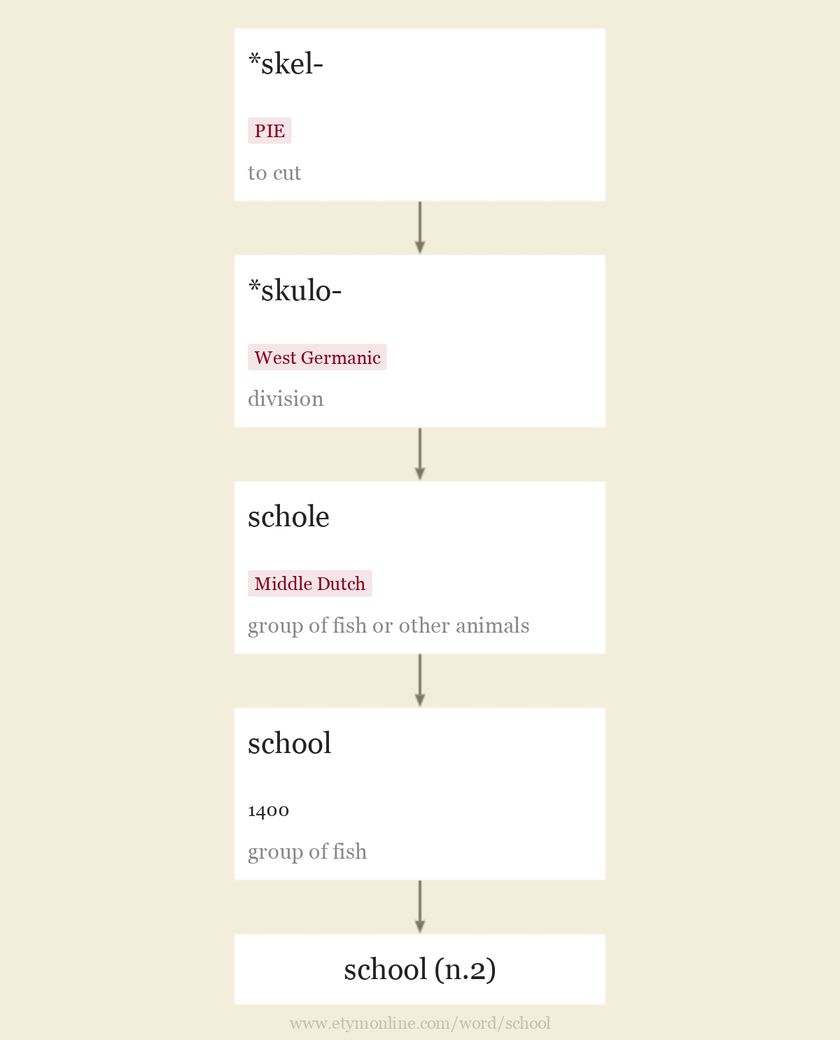 "to educate; to reprimand, to discipline," mid-15c., from school (n.1). Related: Schooled; schooling.

the school was founded in 1900

he walked to school every morning

Synonyms: schoolhouse
school (n.)
the process of being formally educated at a school;

what will you do when you finish school?

Synonyms: schooling
school (n.)
a body of creative artists or writers or thinkers linked by a similar style or by similar teachers;

the Venetian school of painting

school (n.)
the period of instruction in a school; the time period when school is in session;

when the school day was done we would walk home together

he didn't miss a single day of school

the whole school turned out for the game

a school of small glittering fish swam by

Synonyms: shoal
2
school (v.)
educate in or as if in a school;

school (v.)
teach or refine to be discriminative in taste or judgment;

She is well schooled in poetry

A cluster of schooling fish was attracted to the bait