Historically, the line between sand and gravel cannot be distinctly drawn. Used figuratively in Old English in reference to innumerability and instability. General Germanic, but not attested in Gothic, which used in this sense malma, related to Old High German melm "dust," the first element of the Swedish city name Malmö (the second element meaning "island"), and to Latin molere "to grind." Metaphoric for innumerability since Old English. Sand dollar, type of flat sea-urchin, so called from 1884, so called for its shape (cake-urchin (1853) and sand cake were other names); sand dune attested from 1830. 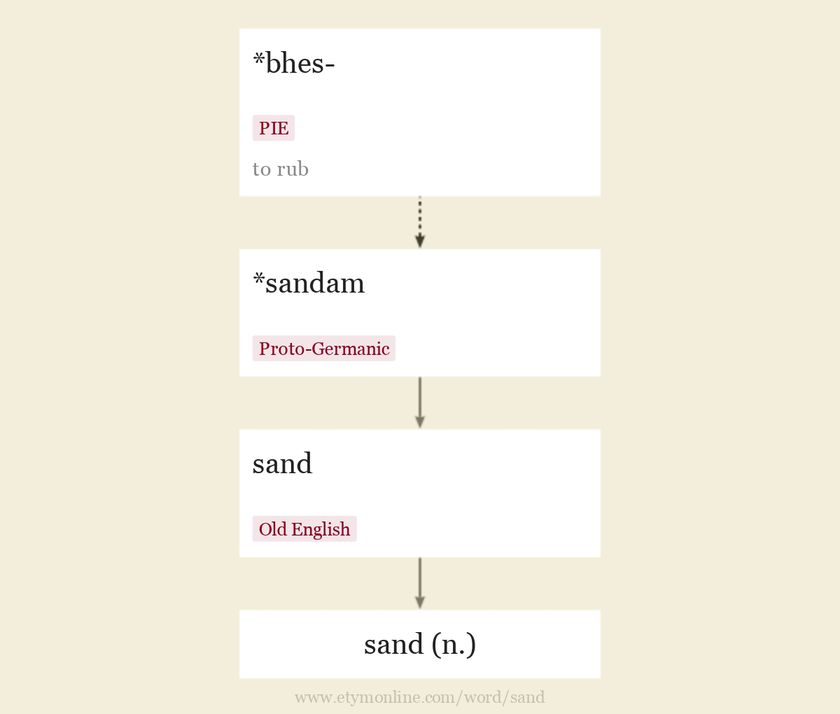