late 13c., "offering of something (especially a life) to a deity as an act of propitiation or homage;" mid-14c., "that which is offered in sacrifice," from Old French sacrifise "sacrifice, offering" (12c.), from Latin sacrificium, from sacrificus "performing priestly functions or sacrifices," from sacra "sacred rites" (properly neuter plural of sacer "sacred;" see sacred) + combining form of facere "to make, to do" (from PIE root *dhe- "to set, put").

Latin sacrificium is glossed in Old English by ansegdniss. Sense of "act of giving up one thing for another; something given up for the sake of another" is first recorded 1590s. Baseball sense first attested 1880. 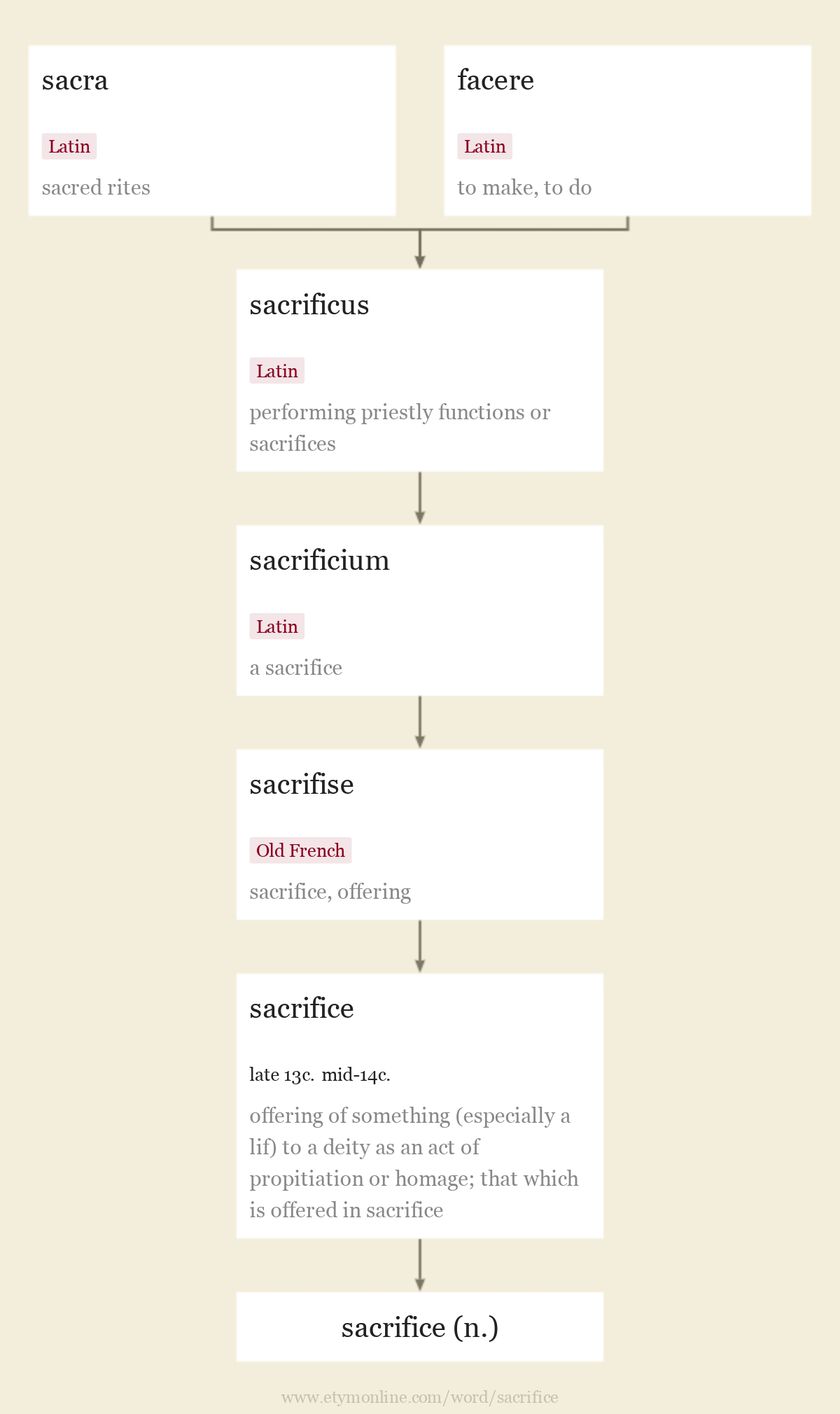 c. 1300, "to offer something (to a deity, as a sacrifice)," from sacrifice (n.). Meaning "surrender, give up, suffer to be lost" is from 1706. Related: Sacrificed; sacrificing. Agent noun forms include sacrificer, sacrificator (both 16c., the latter from Latin); and sacrificulist (17c.). 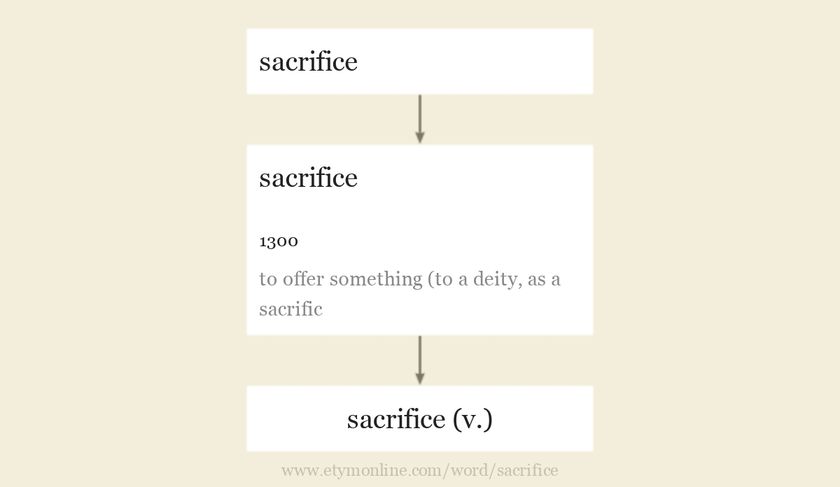 Advertisement
Definitions of sacrifice from WordNet
1
sacrifice (n.)
the act of losing or surrendering something as a penalty for a mistake or fault or failure to perform etc.;
Synonyms: forfeit / forfeiture
sacrifice (n.)
personnel that are sacrificed (e.g., surrendered or lost in order to gain an objective);
sacrifice (n.)
a loss entailed by giving up or selling something at less than its value;

he had to sell his car at a considerable sacrifice

The general had to sacrifice several soldiers to save the regiment

The animals were sacrificed after the experiment