"an eating-house, establishment where meals may be bought and eaten," 1821, from French restaurant "a restaurant," originally "food that restores," noun use of present participle of restaurer "to restore or refresh," from Old French restorer (see restore).

In 1765 a man by the name of Boulanger, also known as "Champ d'Oiseaux" or "Chantoiseau," opened a shop near the Louvre (on either the rue des Poulies or the rue Bailleul, depending on which authority one chooses to believe). There he sold what he called restaurants or bouillons restaurants—that is, meat-based consommés intended to "restore" a person's strength. Ever since the Middle Ages the word restaurant had been used to describe any of a variety of rich bouillons made with chicken, beef, roots of one sort or another, onions, herbs, and, according to some recipes, spices, crystallized sugar, toasted bread, barley, butter, and even exotic ingredients such as dried rose petals, Damascus grapes, and amber. In order to entice customers into his shop, Boulanger had inscribed on his window a line from the Gospels: "Venite ad me omnes qui stomacho laboratis et ego vos restaurabo." He was not content simply to serve bouillon, however. He also served leg of lamb in white sauce, thereby infringing the monopoly of the caterers' guild. The guild filed suit, which to everyone's astonishment ended in a judgment in favor of Boulanger. [Jean-Robert Pitte, "The Rise of the Restaurant," in "Food: A Culinary History from Antiquity to the Present," English editor Albert Sonnenfeld, transl. Clarissa Botsford, 1999, Columbia University Press]

Italian spelling ristorante attested in English by 1925. Middle English had similar words in legal language, such as restaurance "restitution." The railroad restaurant car (1872) was one adapted to afford meals to passengers while travelling. 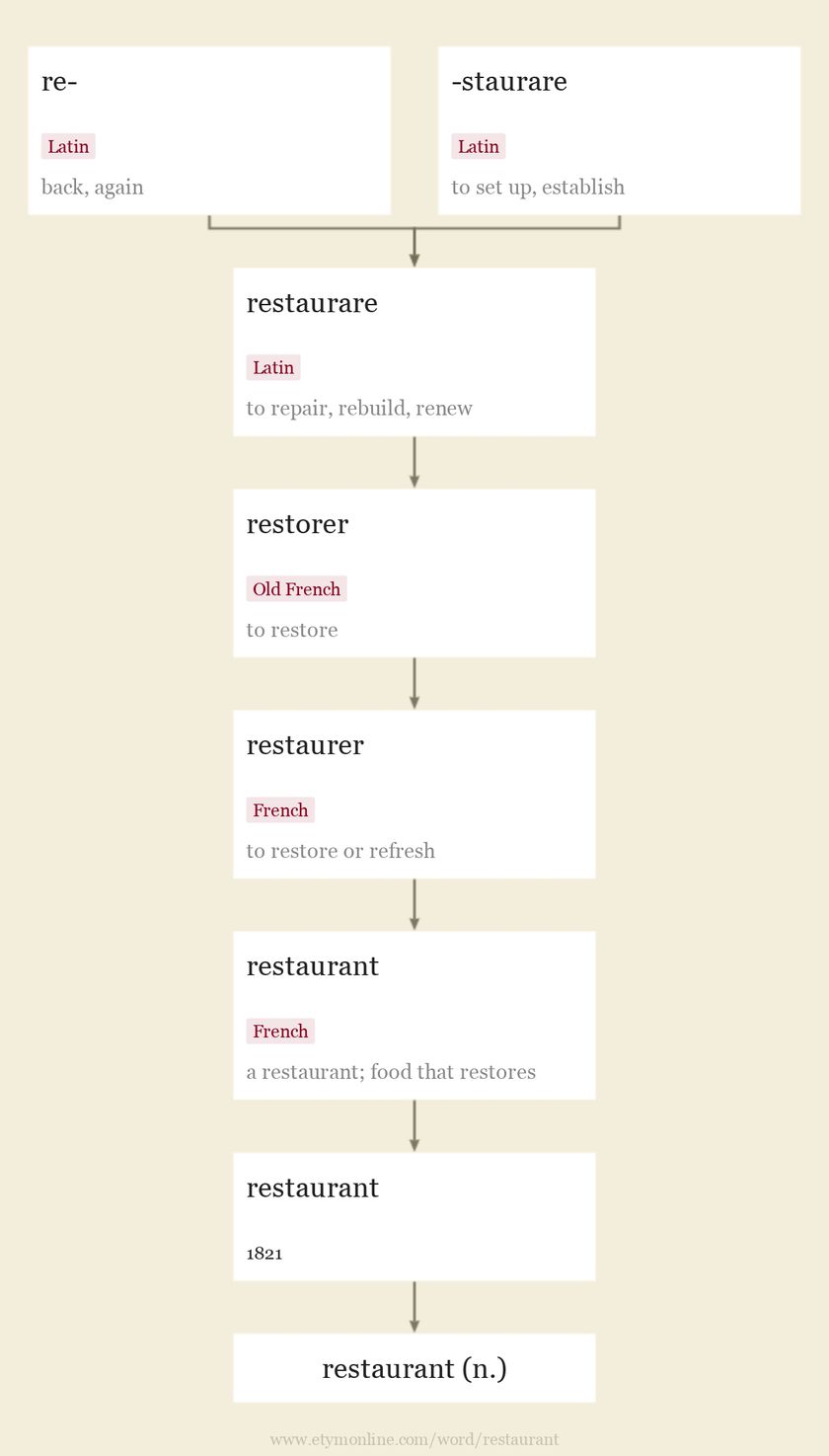