In Middle English also used generally for any man holding high Church office or anyone duly authorized to be a minister of sacred things; from c. 1200 of pagan and Muslim religious leaders. In the Old Testament sense (Old English), it is a translation of Hebrew kohen, Greek hiereus, Latin sacerdos. 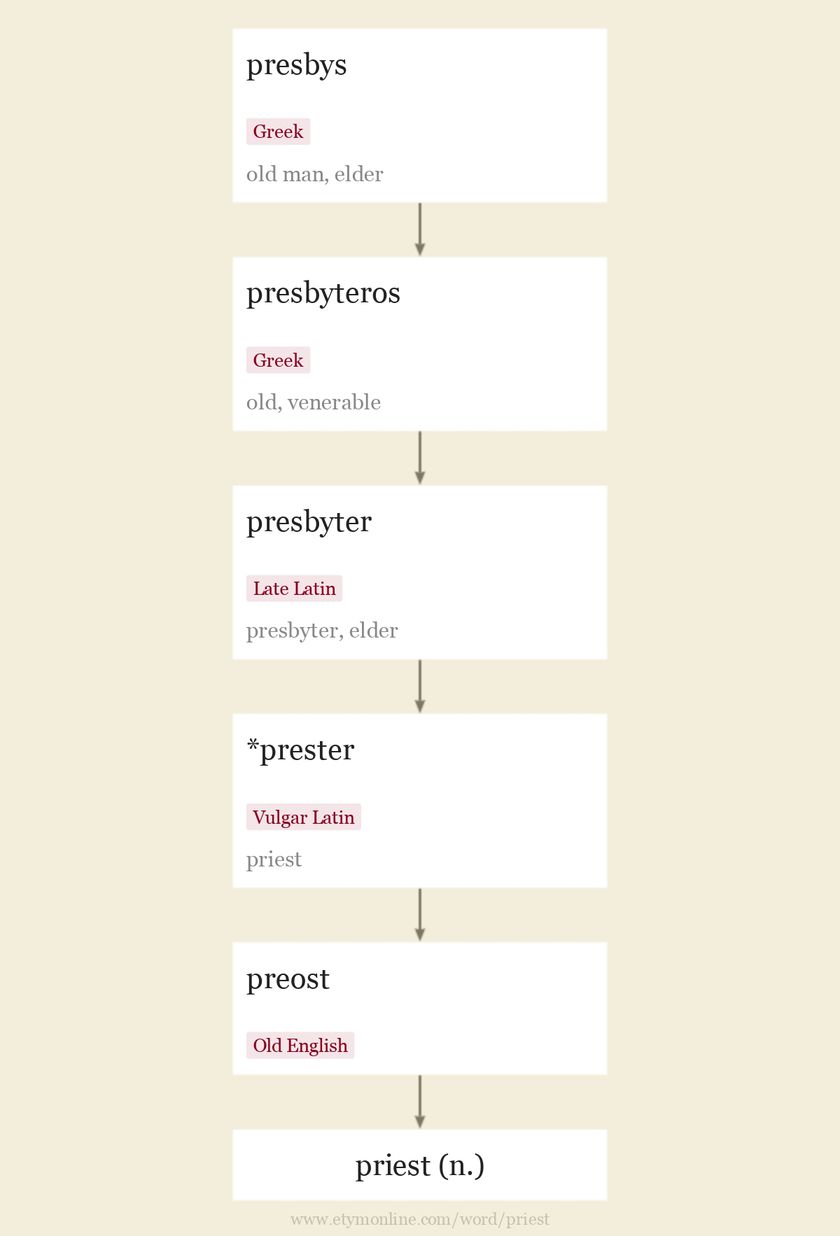 Advertisement
Definitions of priest from WordNet
priest (n.)
a clergyman in Christian churches who has the authority to perform or administer various religious rites; one of the Holy Orders;
priest (n.)
a person who performs religious duties and ceremonies in a non-Christian religion;
Synonyms: non-Christian priest
From wordnet.princeton.edu