late 14c., "appointed governor of a province; chosen leader of a body of persons," from Old French president and directly from Latin praesidentum (nominative praesidens) "president, governor," noun use of present participle of praesidere "to act as head or chief" (see preside). In Middle English of heads of religious houses, hospitals, almshouses, colleges and universities.

First use for "chief executive officer of a republic" is in U.S. Constitution (1787), from earlier American use for "officer in charge of the Continental Congress" (1774), earlier of individual colonies (Virginia, 1608), a sense derived from that of "chosen head of a meeting or group of persons," which is from Middle English. During and immediately after the Revolution the chief magistrates of certain states (New Hampshire, Pennsylvania, Delaware, South Carolina) took the title, which eventually reverted to governor.

It had been used of chief officers of banks from 1781. Slang shortening prez is recorded from 1883. Fem. form presidentess is attested from 1763. 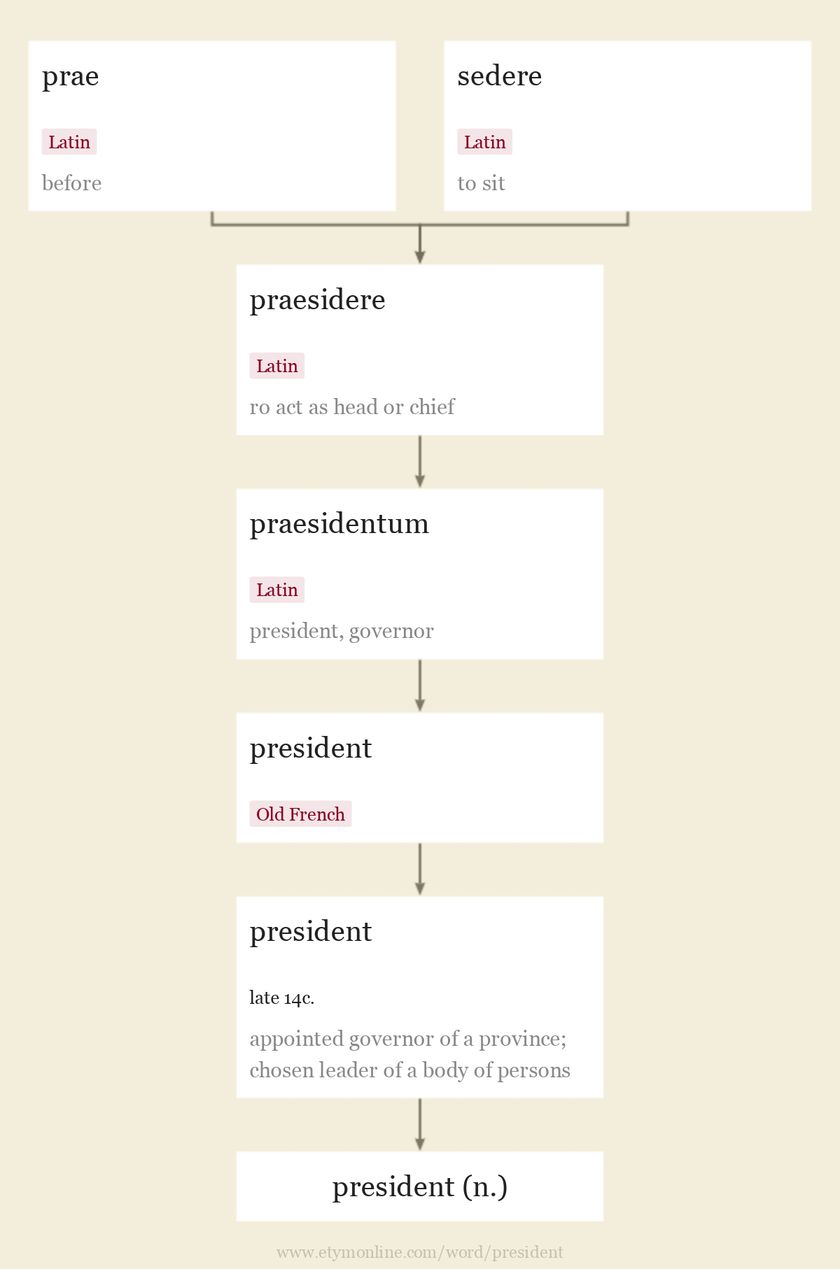