This was originally (with tribus, centuria) "unit of 100 voters who by lot voted first in the Roman comita," noun use of fem. of praerogativus (adj.) "chosen to vote first, that is asked before," from praerogere "ask before others," from prae "before" (see pre-) + rogare "to ask, ask a favor," apparently a figurative use of a PIE verb meaning literally "to stretch out (the hand)," from root *reg- "move in a straight line." In Middle English also "an innate faculty or property which especially distinguishes someone or something." 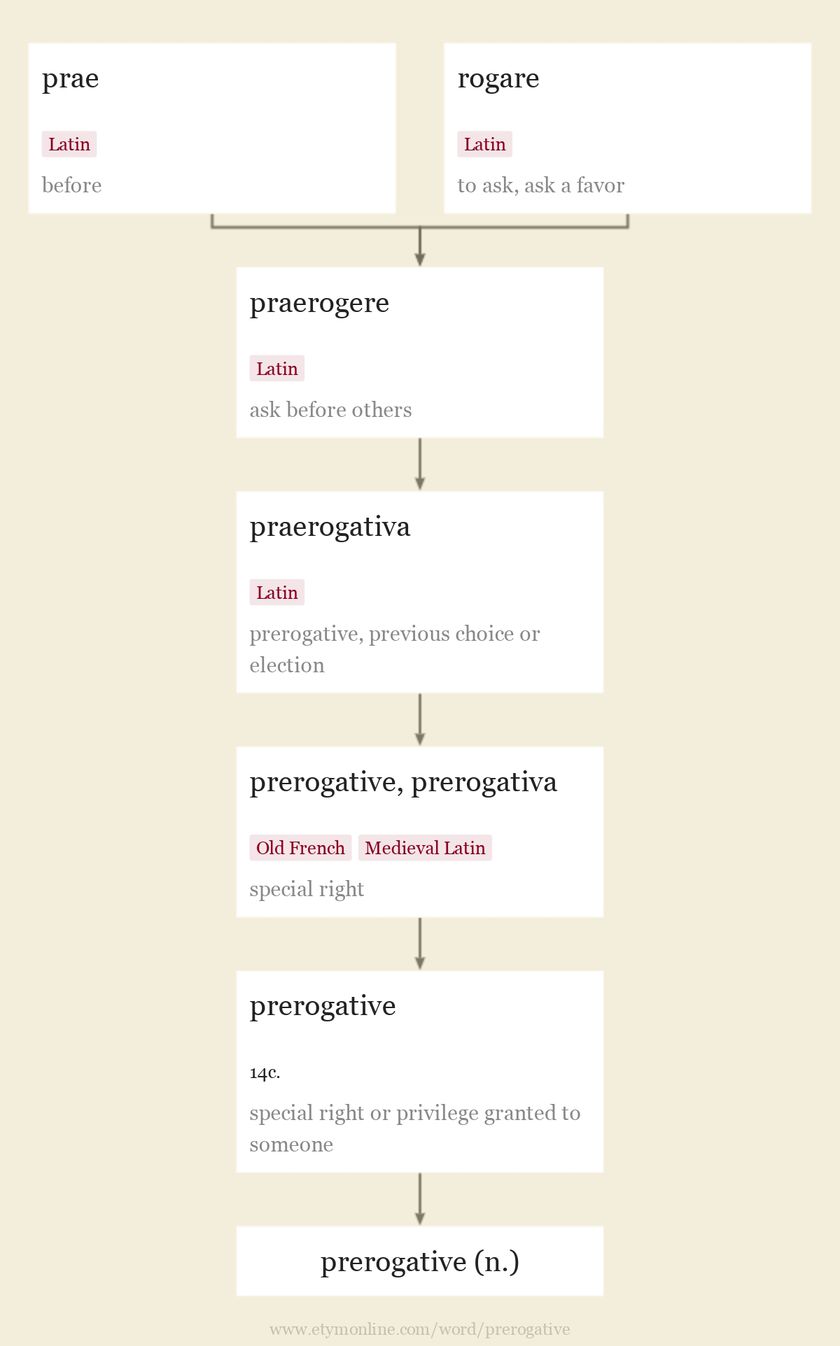 Advertisement
Definitions of prerogative from WordNet
prerogative (n.)
a right reserved exclusively by a particular person or group (especially a hereditary or official right);

suffrage was the prerogative of white adult males