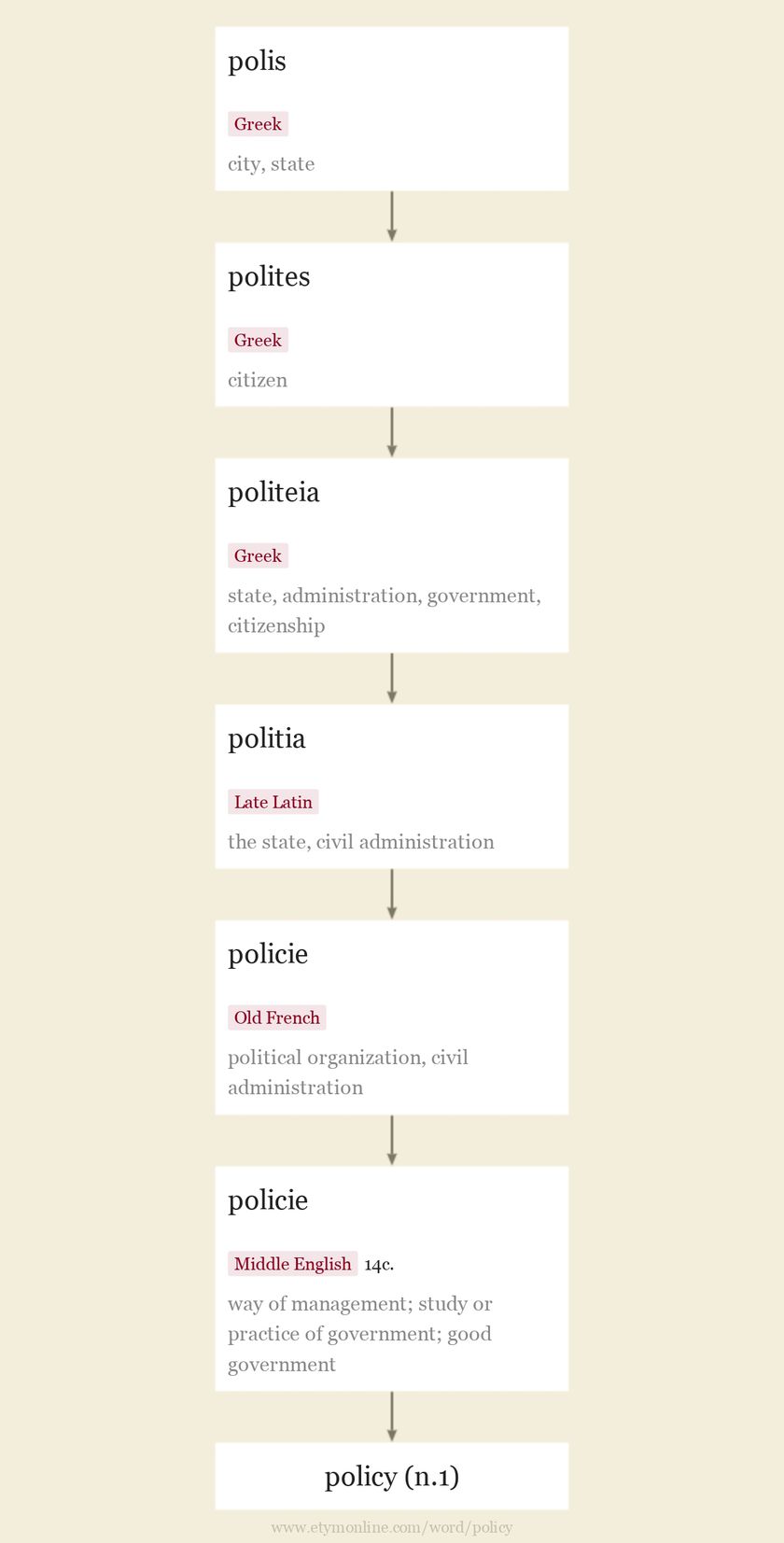 ["written insurance agreement"], 1560s, "written contract to pay a certain sum on certain contingencies," from French police "contract, bill of lading" (late 14c.), from Italian polizza "written evidence of a transaction, note, bill, ticket, lottery ticket," from Old Italian poliza, which, according to OED, is from Medieval Latin apodissa "receipt for money," from Greek apodexis "proof, declaration," from apo- "off" + deiknynai "to show," cognate with Latin dicere "to say, speak" (from PIE root *deik- "to show," also "pronounce solemnly"). Also formerly a form of gambling, "the numbers game" (by 1830).

Advertisement
Advertisement
Definitions of policy from WordNet
policy (n.)
a plan of action adopted by an individual or social group;

policy (n.)
a line of argument rationalizing the course of action of a government;
policy (n.)
written contract or certificate of insurance;

you should have read the small print on your policy