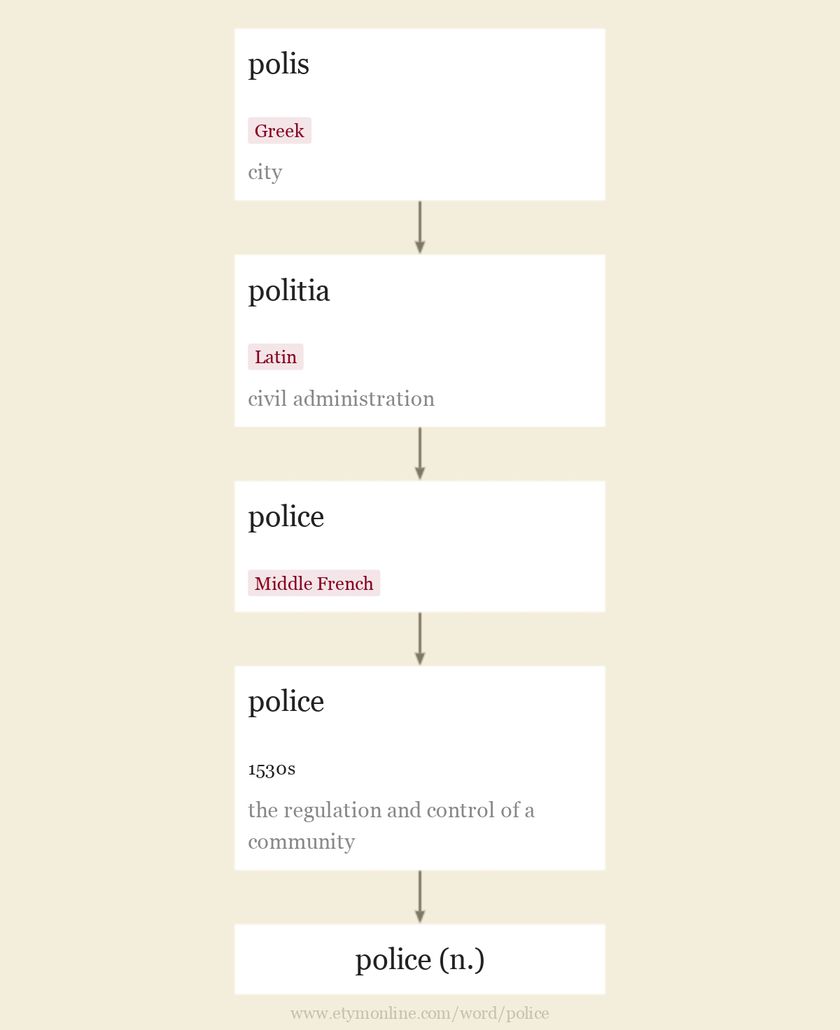 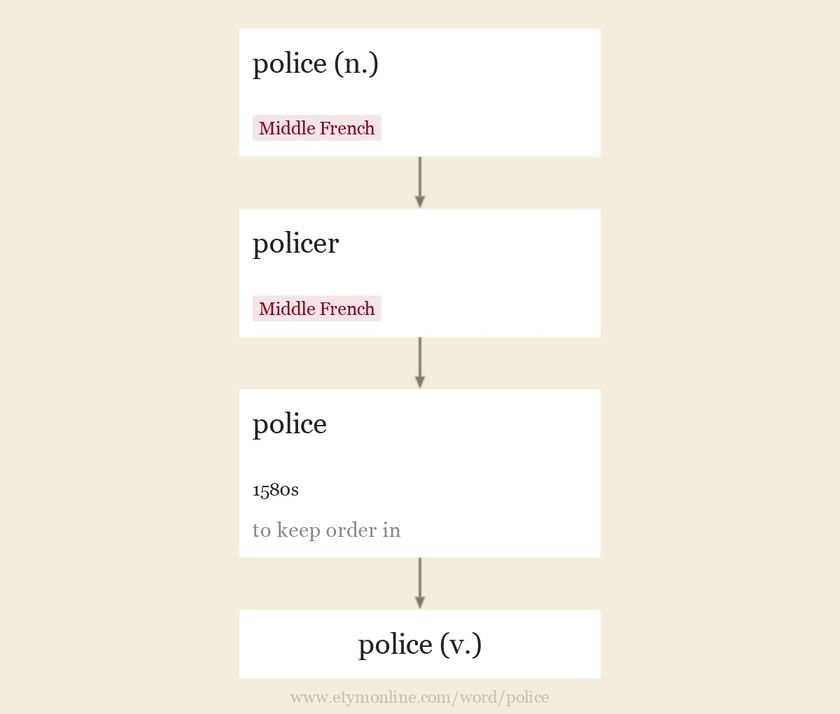 Advertisement
Advertisement
Definitions of police from WordNet
1
police (v.)
maintain the security of by carrying out a patrol;
Synonyms: patrol
2
police (n.)
the force of policemen and officers;
Synonyms: police force / constabulary / law
From wordnet.princeton.edu