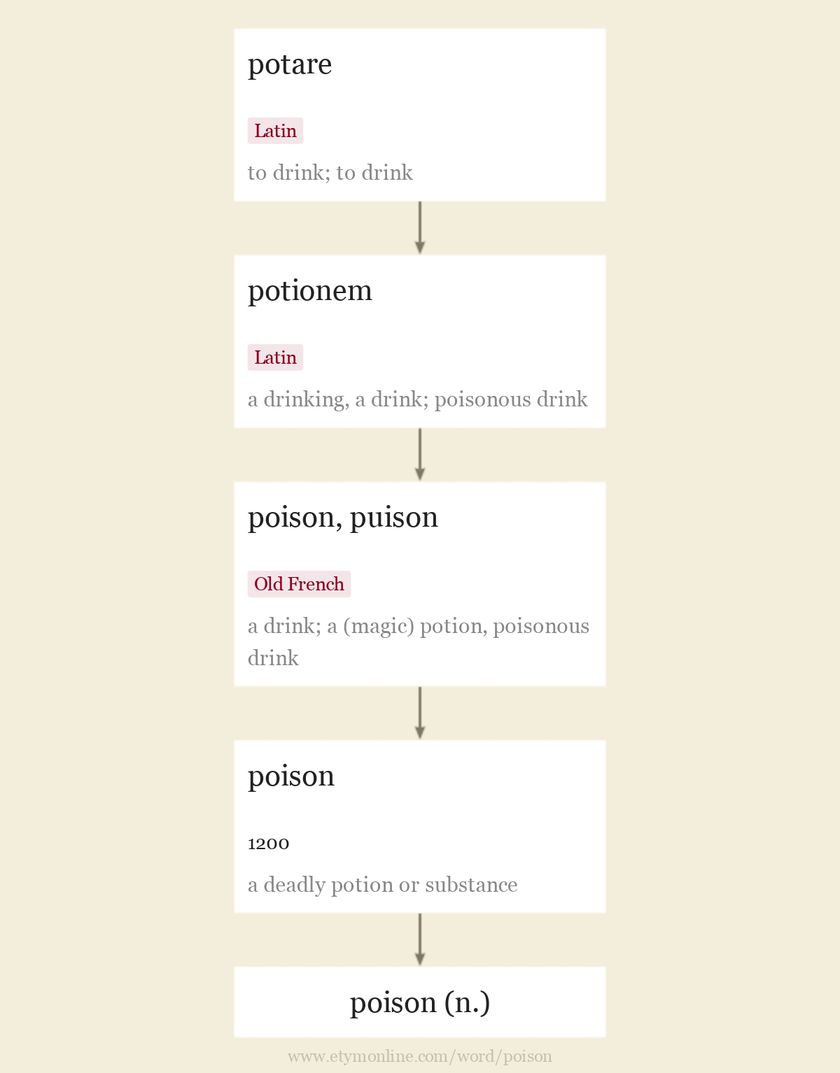 "to give poison to; add poison to; kill with poison," c. 1300, poisonen, from Old French poisonner "to give to drink," and directly from poison (n.). Figuratively, "to corrupt," from late 14c. Related: Poisoned; poisoning. 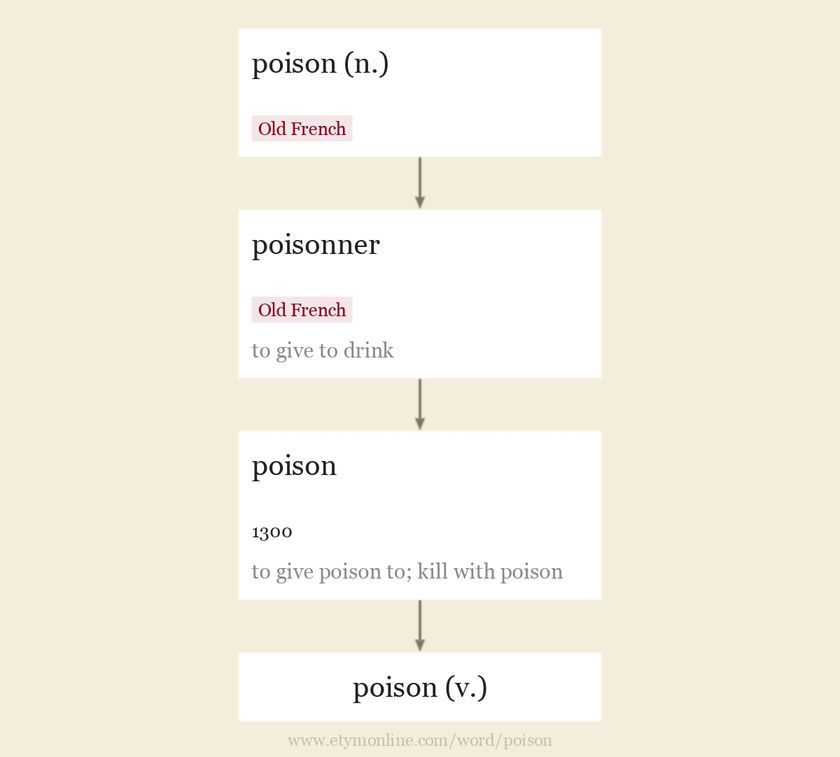 poison the atmosphere in the office

She poisoned her husband

Her husband poisoned her drink in order to kill her

This mushrooms can poison

She poisoned her husband but he did not die

2
poison (n.)
any substance that causes injury or illness or death of a living organism;
Synonyms: toxicant / poisonous substance
poison (n.)
anything that harms or destroys;

the poison of fascism