From mid-14c. as "the discipline of dealing in rational speculation or contemplation;" from late 14c. as "natural science," also "alchemy, occult knowledge;" in the Middle Ages the word was understood to embrace all speculative sciences. Meaning "system a person forms for conduct of life" is attested from 1771. The modern sense of "the body of highest truth, the science of the most fundamental matters" is from 1794. 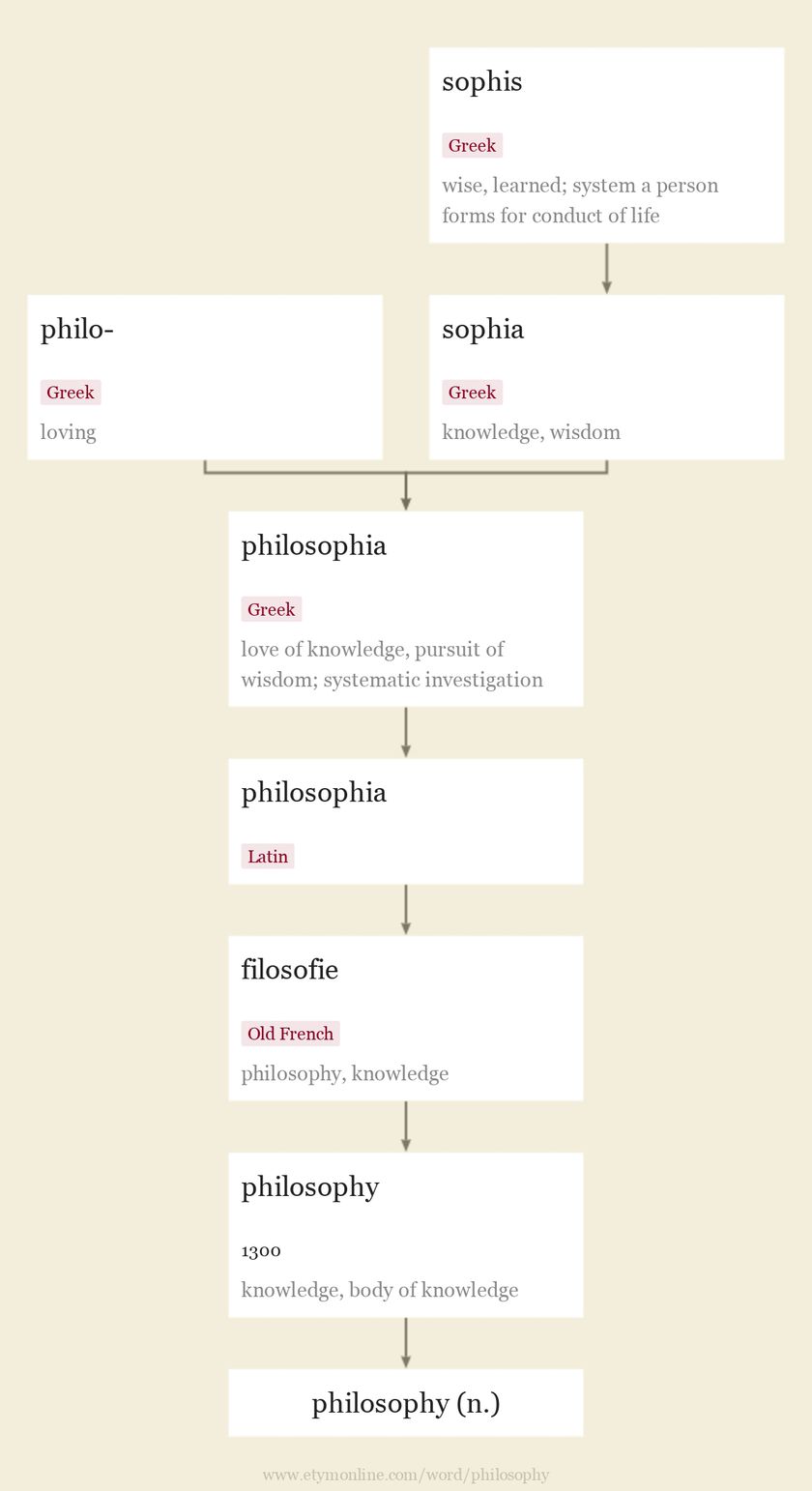 Advertisement
Advertisement
Definitions of philosophy from WordNet
philosophy (n.)
a belief (or system of beliefs) accepted as authoritative by some group or school;
Synonyms: doctrine / philosophical system / school of thought / ism
philosophy (n.)
the rational investigation of questions about existence and knowledge and ethics;
philosophy (n.)
any personal belief about how to live or how to deal with a situation;

self-indulgence was his only philosophy