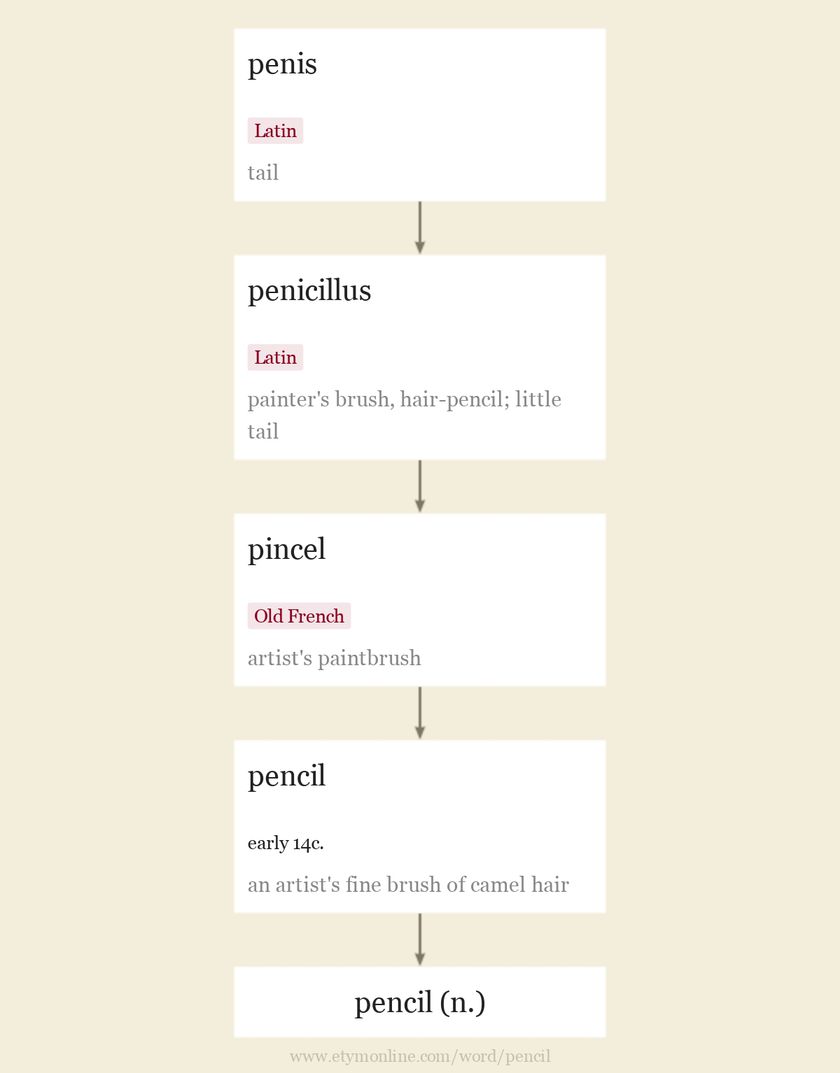 c. 1500, pencellen, "apply (gold or silver) in manuscript illustration;" 1530s, "to mark or sketch with a pencil-brush," from pencil (n.). In reference to lead pencils from 1760s. Related: Penciled; penciling. To pencil (something) in in the figurative sense of "arrange tentatively" (on the notion of being erasable) is attested by 1942.

Advertisement
Advertisement
Definitions of pencil from WordNet
1
pencil (n.)
a thin cylindrical pointed writing implement; a rod of marking substance encased in wood;
pencil (n.)
graphite (or a similar substance) used in such a way as to be a medium of communication;

the words were scribbled in pencil

this artist's favorite medium is pencil

pencil (n.)
a figure formed by a set of straight lines or light rays meeting at a point;
pencil (n.)
a cosmetic in a long thin stick; designed to be applied to a particular part of the face;

he penciled a figure