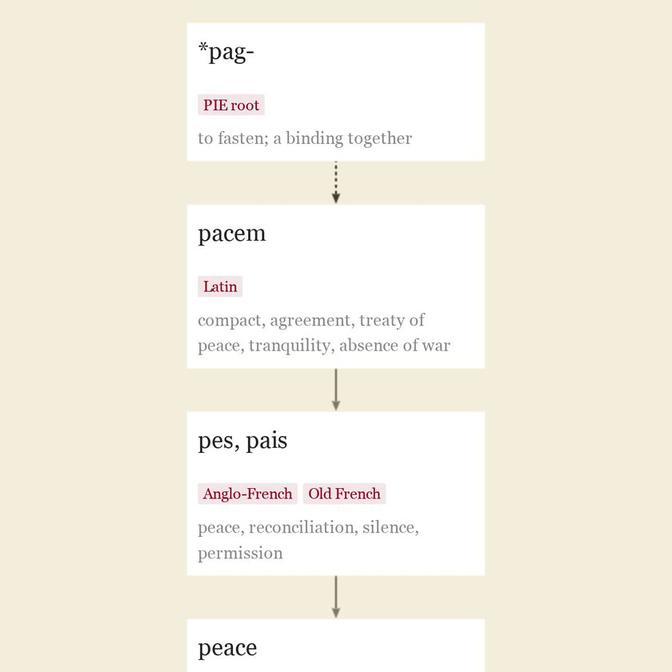 "a setting at peace," mid-15c., pacificacioun, from Old French pacification "act of making peaceful" (15c.) and directly from Latin pacificationem (nominative pacificatio) "a peace-making," noun of action from past-participle stem of pacificare "to pacify" (see pacify). As "military operation designed to secure local cooperation in an area where enemy forces are thought to be active," by 1946.

1530s, "one who pacifies or appeases," agent noun from pacify. The meaning "nipple-shaped device for babies" is recorded by 1904. Pacificator "a peacemaker" (1530s) is directly from Latin.