mid-14c., omissioun, "a neglect or failure to do what one has power to do or ought to do," from Anglo-French omission (early 14c.), Old French omission and directly from Late Latin omissionem (nominative omissio) "an omitting," noun of action from past-participle stem of Latin omittere "disregard," literally "let go, let fall" (see omit). Meaning "act of leaving out" is from 1550s. Related: Omissible. 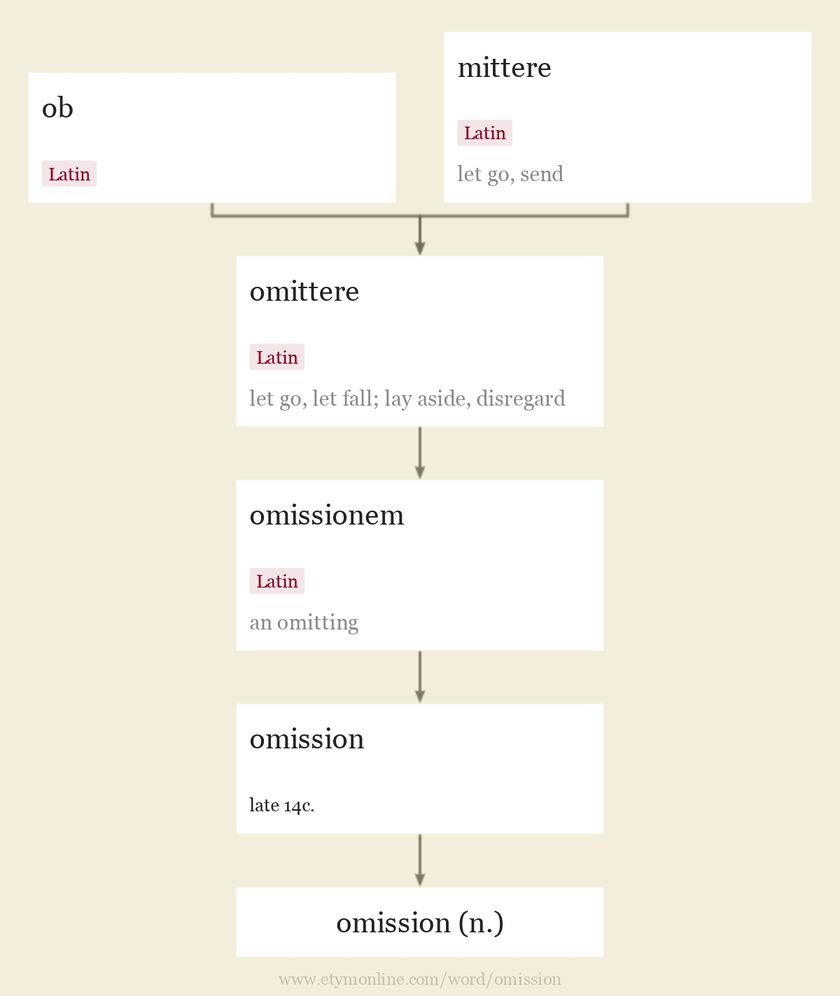 Advertisement
Definitions of omission from WordNet
omission (n.)
a mistake resulting from neglect;
Synonyms: skip
omission (n.)
something that has been omitted;

she searched the table for omissions

omission (n.)
any process whereby sounds or words are left out of spoken words or phrases;
Synonyms: deletion
omission (n.)
neglecting to do something; leaving out or passing over something;
From wordnet.princeton.edu