"casual event or occurrence supposed to portend good or evil," 1580s, from Latin omen "foreboding, augury," according to Varro from Old Latin osmen; a word of unknown origin.

"to give indication of the future," 1775, from omen (n.). Related: Omened. The Latin verb ominari meant "to know or tell from omens, to predict." 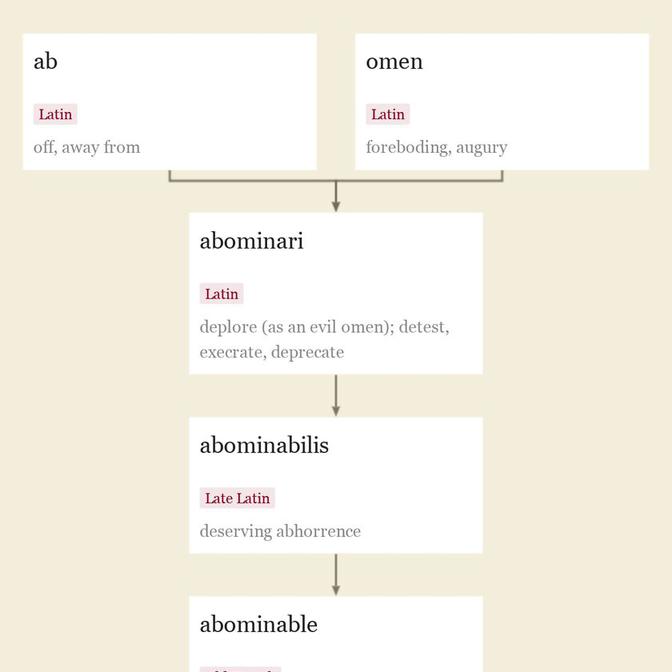 The more common Middle English form was abhominable, which persisted into 17c.; it is a folk-etymology, as if from Latin ab homine "away from man" (thus "beastly"). In early Modern English sometimes misdivided as a bominable. Related: Abominably; abominableness. Abominable snowman (1921) translates Tibetan meetaoh kangmi.
abomination (n.)

Advertisement
Advertisement
Definitions of omen from WordNet
1
omen (v.)
indicate, as with a sign or an omen;
Synonyms: bode / portend / auspicate / prognosticate / presage / betoken / foreshadow / augur / foretell / prefigure / forecast / predict
2
omen (n.)
a sign of something about to happen;

he looked for an omen before going into battle