word-forming element meaning "toward; against; before; near; across; down," also used as an intensive, from Latin ob (prep.) "in the direction of, in front of, before; toward, to, at, upon, about; in the way of; with regard to, because of," from PIE root *epi, also *opi "near, against" (see epi-). 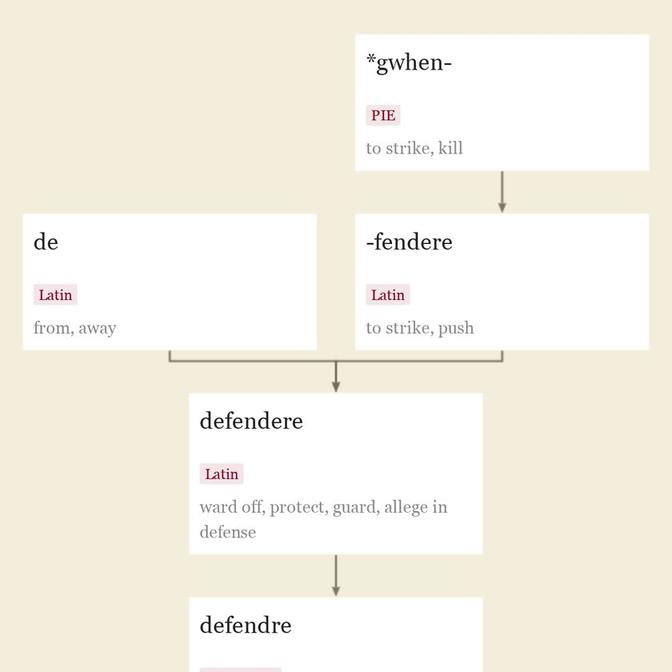 It is attested from c. 1300 as "fight in defense of" (someone or something). From mid-14c. as "defend with words, speak in support of, vindicate, uphold, maintain." In Middle English it also could mean "forbid, prohibit; restrain, prevent." In the Mercian hymns, Latin defendet is glossed by Old English gescildeð. Related: Defended; defending.

late 14c., "hurt, harm, injury, pain;" also "breach of the law, wrongdoing; transgression against God, sin;" also "the causing of displeasure, act or fact of wounding the feelings of or displeasing another;" also "displeasure, annoyance, umbrage," from Old French ofense "offense, insult, wrong" (13c.) and directly from Latin offensa "an offense, injury, affront, crime," literally "a striking against," noun use of fem. past participle of offendere (see offend).