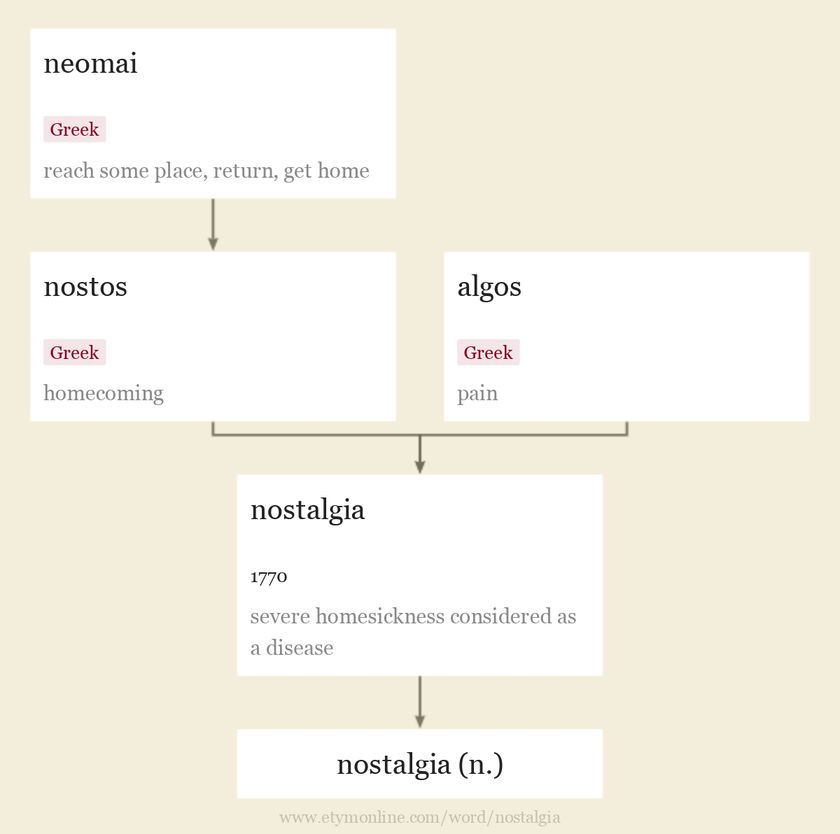 Advertisement
Advertisement
Definitions of nostalgia from WordNet
nostalgia (n.)
longing for something past;
From wordnet.princeton.edu