late 14c., from Old French morgage, literally "dead pledge," from mort "dead" + gage "pledge." So called because the deal dies when the debt is paid or when payment fails.

late 14c., morgage, "a conveyance of property on condition as security for a loan or agreement," from Old French morgage (13c.), mort gaige, literally "dead pledge" (replaced in modern French by hypothèque), from mort "dead" (see mortal (adj.)) + gage "pledge" (see wage (n.)). So called because the deal dies either when the debt is paid or when payment fails. Old French mort is from Vulgar Latin *mortus "dead," from Latin mortuus, past participle of mori "to die" (from PIE root *mer- "to rub away, harm," also "to die" and forming words referring to death and to beings subject to death). The -t- was restored in Modern English based on Latin.

And it seemeth, that the cause why it is called mortgage is, for that it is doubtful whether the feoffor will pay at the day limited such sum or not: and if he doth not pay, then the land which is put in pledge upon condition for the payment of the money, is taken from him for ever, and so dead to him upon condition, &c. And if he doth pay the money, then the pledge is dead as to the tenant, &c. [Coke upon Littleton, 1664] 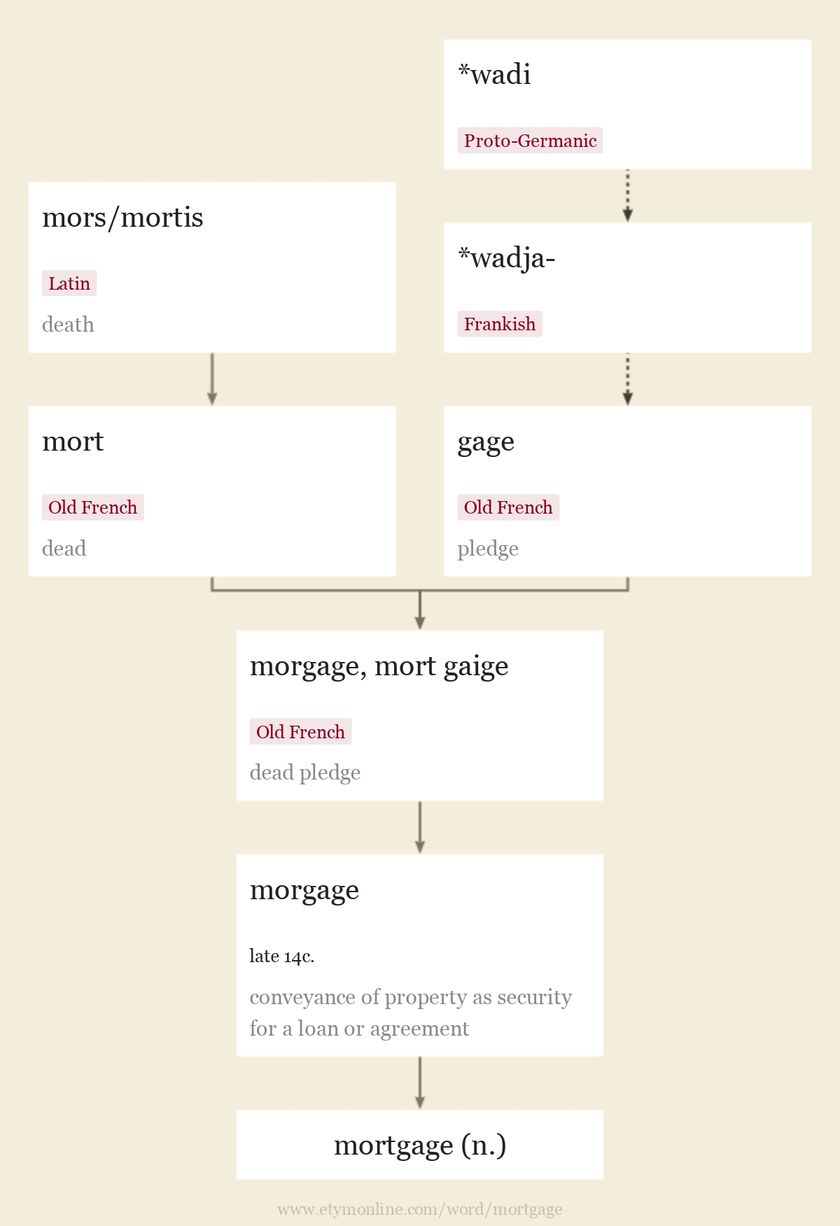 "to grant (immovable property) as security for money lent or contracted to be paid," late 15c., morgagen, from mortgage (n.). Related: Mortgaged; mortgaging.

Advertisement
Definitions of mortgage from WordNet
1
mortgage (v.)
put up as security or collateral;
2
mortgage (n.)
a conditional conveyance of property as security for the repayment of a loan;
From wordnet.princeton.edu