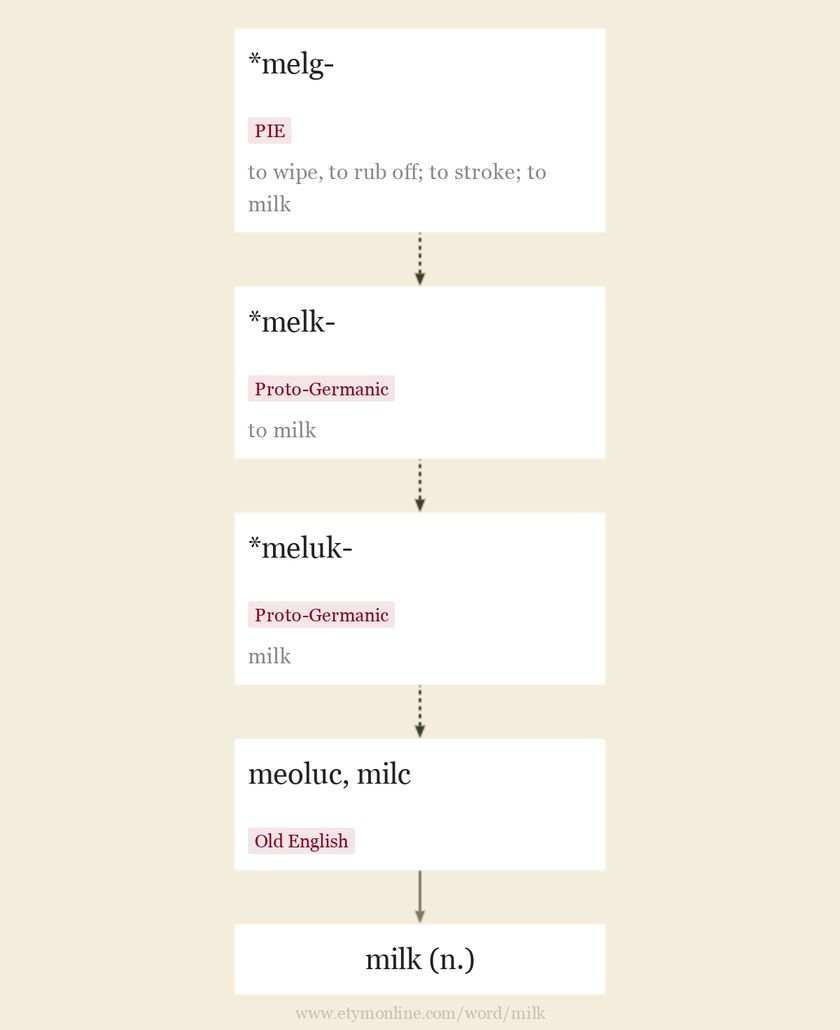 Old English melcan, milcian, meolcian "to press or draw milk from the breasts or udders of; give milk, suckle," from Proto-Germanic *melk- "to milk" (source also of Dutch melken, Old High German melchan, German melken), from PIE root *melg- "to rub off; to milk." Figurative sense of "exploit for profit" is by 1520s. In theater jargon, "to try to get more laughs, applause, etc. from the audience than is warranted" (1939). Related: Milked; milking. 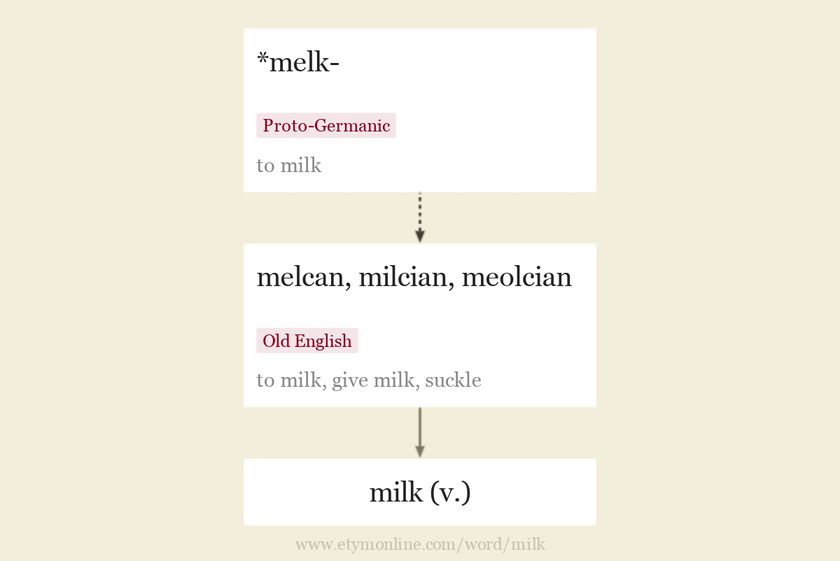 Cows need to be milked every morning

milk (v.)
exploit as much as possible;

I am milking this for all it's worth

2
milk (n.)
a white nutritious liquid secreted by mammals and used as food by human beings;
milk (n.)
produced by mammary glands of female mammals for feeding their young;
milk (n.)
any of several nutritive milklike liquids;
3
Milk (n.)
a river that rises in the Rockies in northwestern Montana and flows eastward to become a tributary of the Missouri River;
Synonyms: Milk River
From wordnet.princeton.edu