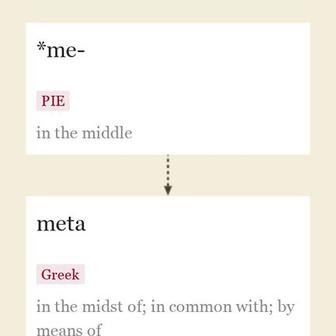 1580s, "natural science, the science of the principles operative in organic nature," from physic in sense of "natural science." Also see -ics. Based on Latin physica (neuter plural), from Greek ta physika, literally "the natural things," title of Aristotle's treatise on nature. The current restricted sense of "science treating of properties of matter and energy" is from 1715.

Before the rise of modern science, physics was usually defined as the science of that which is movable, or the science of natural bodies. It was commonly made to include all natural science. At present, vital phenomena are not considered objects of physics, which is divided into general and applied physics. [Century Dictionary, 1895]

early 15c., metaphisicalle, "pertaining to metaphysics," from methaphesik (late 14c.) + -al, and in part from Medieval Latin metaphysicalis, from Medieval Latin metaphysica (see metaphysics). It came to be used more loosely in the sense of "abstract, speculative, apart from ordinary or practical modes of thought" (among others by Samuel Johnson, who applied it to certain 17c. poets, notably Donne and Cowley, who used "witty conceits" and abstruse imagery), and often had more or less a depreciative sense. Related: Metaphysically.