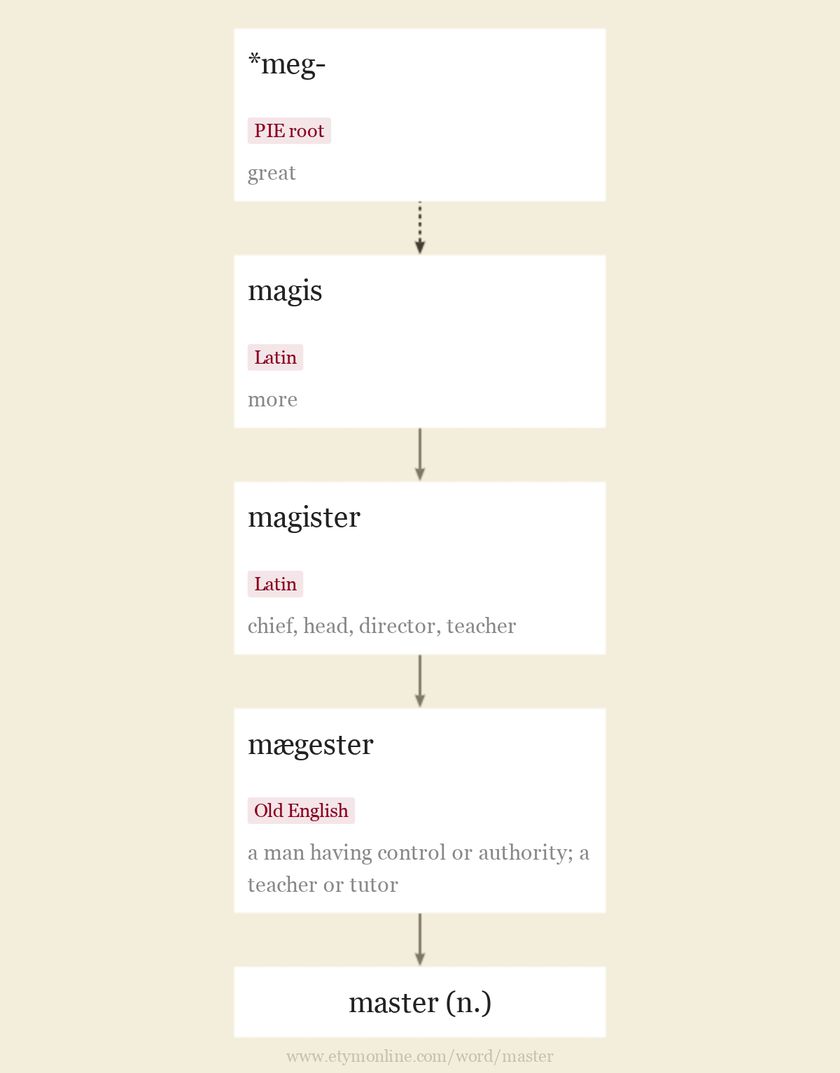 c. 1200, maistren, "to get the better of, prevail against; reduce to subjugation," from master (n.) and also from Old French maistriier, Medieval Latin magistrare. Meaning "acquire complete knowledge of, overcome the difficulties of, learn so as to be able to apply or use" is from 1740s. Related: Mastered; mastering.

a master of the violin

one of the old masters

She mastered Japanese in less than two years

Synonyms: get the hang
master (v.)
get on top of; deal with successfully;
Synonyms: overcome / get over / subdue / surmount
master (v.)
have dominance or the power to defeat over;

The methods can master the problems

Her pain completely mastered her

Synonyms: dominate
master (v.)
have a firm understanding or knowledge of; be on top of;
Synonyms: control
3
master (adj.)
most important element;