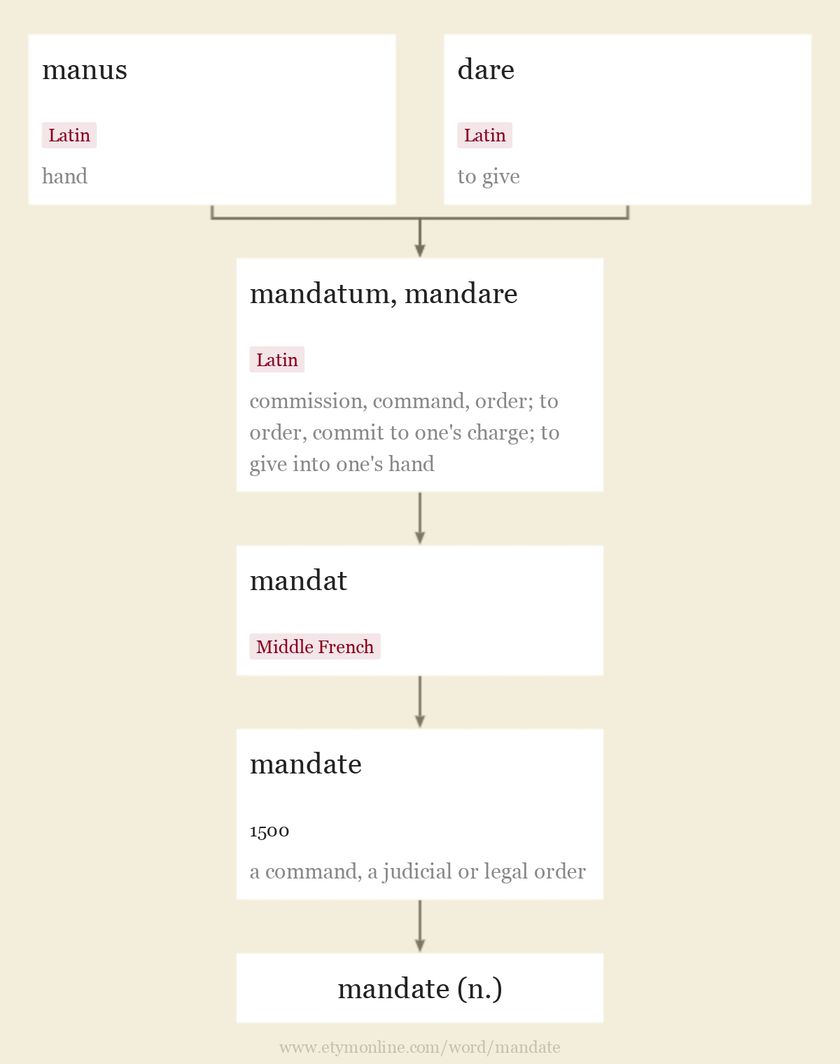 1620s, "to command," from mandate (n.). Meaning "to delegate authority, permit to act on behalf of a group" is from 1958; used earlier in the context of the League of Nations, "to authorize a power to control a certain territory for some specified purpose" (1919). Related: Mandated; mandating. 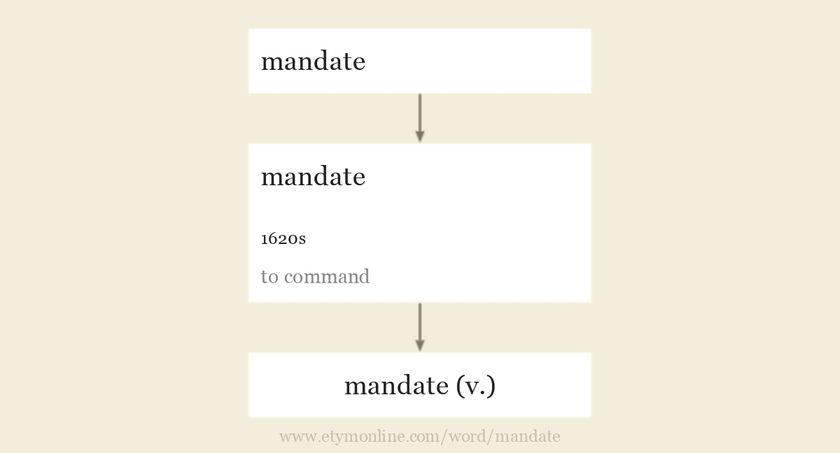 Advertisement
Definitions of mandate from WordNet
1
mandate (v.)
assign under a mandate;

the new director of the school board mandated regular tests

mandate (v.)
assign authority to;
2
mandate (n.)
a document giving an official instruction or command;
Synonyms: authorization / authorisation
mandate (n.)
a territory surrendered by Turkey or Germany after World War I and put under the tutelage of some other European power until they are able to stand by themselves;
Synonyms: mandatory
mandate (n.)
the commission that is given to a government and its policies through an electoral victory;
From wordnet.princeton.edu