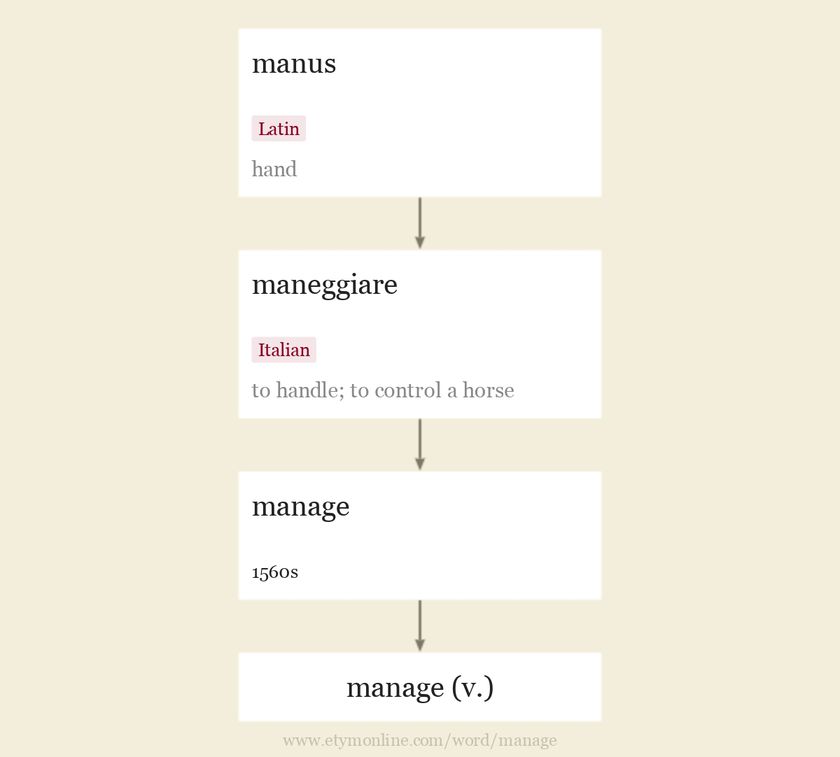 Advertisement
Definitions of manage from WordNet
manage (v.)
be successful; achieve a goal;

I managed to carry the box upstairs

Synonyms: pull off / negociate / bring off / carry off
manage (v.)
be in charge of, act on, or dispose of;

She managed her parents' affairs after they got too old