late 14c., "free choice, freedom to do as one chooses," also "freedom from the bondage of sin," from Old French liberte "freedom, liberty, free will" (14c., Modern French liberté), from Latin libertatem (nominative libertas) "civil or political freedom, condition of a free man; absence of restraint; permission," from liber "free" (see liberal (adj.)). At first of persons; of communities, "state of being free from arbitrary, despotic, or autocratic rule or control" is from late 15c.

Nautical sense of "leave of absence" is from 1758. Meaning "unrestrained action, conduct, or expression" (1550s) led to take liberties "go beyond the bounds of propriety" (1620s). Sense of "privileges by grant" (14c.) led to sense of "a person's private land" (mid-15c.), within which certain special privileges may be exercised, which yielded in 18c. in both England and America a sense of "a district within a county but having its own justice of the peace," and also "a district adjacent to a city and in some degree under its municipal jurisdiction" (as in Northern Liberties of Philadelphia). Also compare Old French libertés "local rights, laws, taxes." 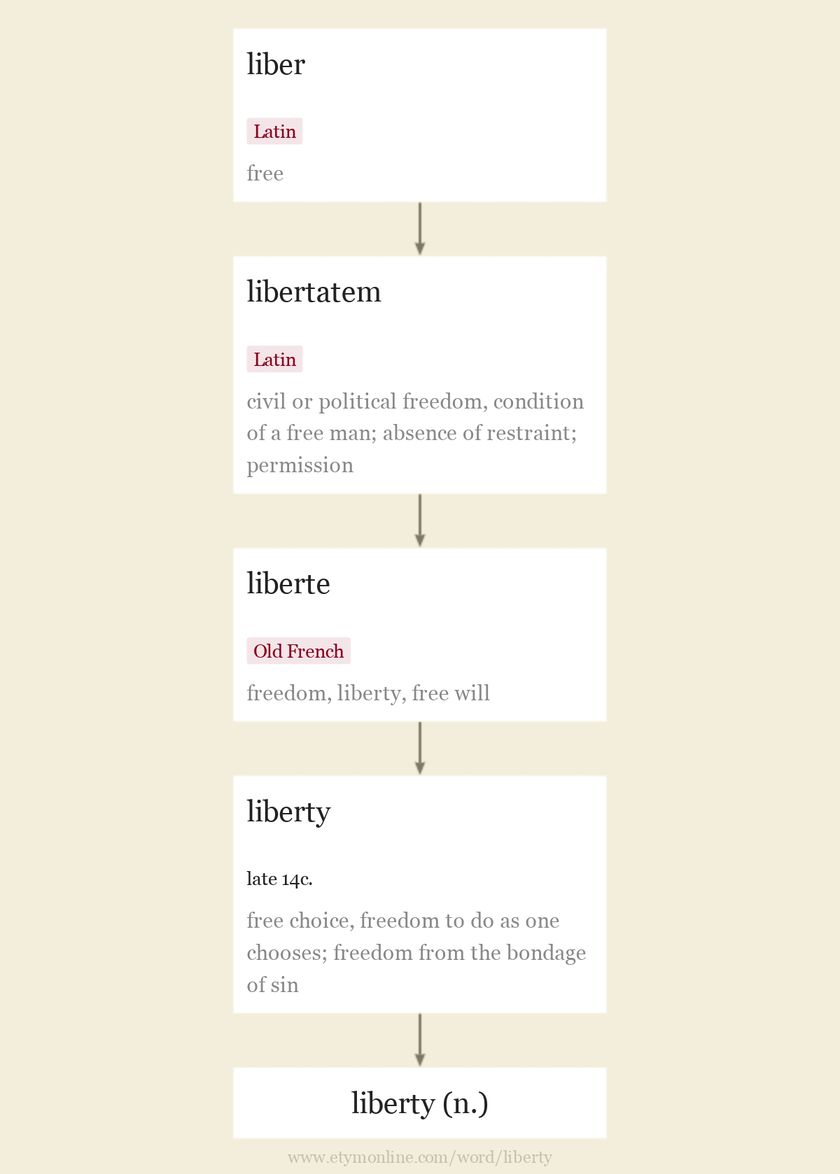 at liberty to choose whatever occupation one wishes