late 14c., infant, infaunt, "a child," also especially "child during earliest period of life, a newborn" (sometimes meaning a fetus), from Latin infantem (nominative infans) "young child, babe in arms," noun use of adjective meaning "not able to speak," from in- "not, opposite of" (see in- (1)) + fans, present participle of fari "to speak," from PIE root *bha- (2) "to speak, tell, say." As an adjective in English, 1580s, from the noun.

The Romans extended the sense of Latin infans to include older children, hence French enfant "child," Italian fanciullo, fanciulla. In English the word formerly also had the wider sense of "child" (commonly reckoned as up to age 7). The common Germanic words for "child" (represented in English by bairn and child) also are sense extensions of words that originally must have meant "newborn." 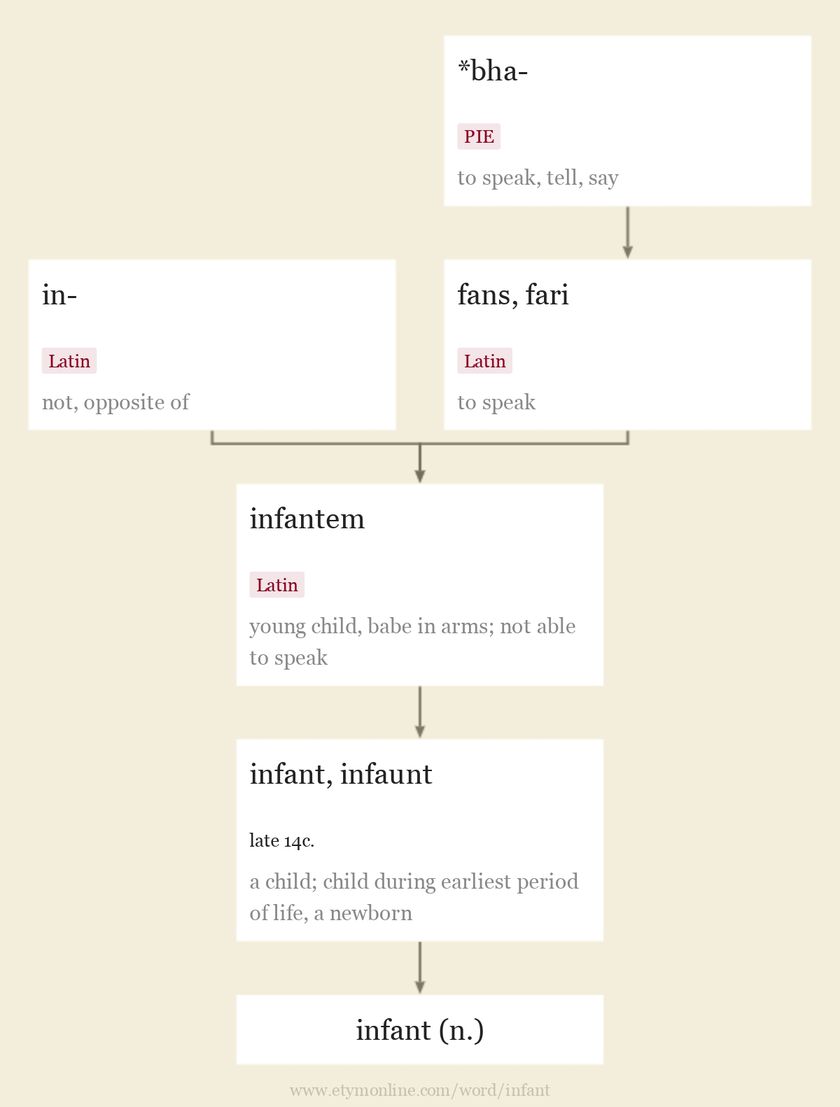 In Old French and Middle English often en-, but most of these forms have not survived in Modern English, and the few that do (enemy, for instance) no longer are felt as negative. The rule of thumb in English has been to use in- with obviously Latin elements, un- with native or nativized ones.
*bha- (2)

Advertisement
Advertisement
Definitions of infant
infant (n.)
a very young child (birth to 1 year) who has not yet begun to walk or talk;
Synonyms: baby / babe
From wordnet.princeton.edu