In plural, the Greek word could mean "one's own countrymen." In old English law, one who has been without reasoning or understanding from birth, as distinguished from a lunatic, who became that way. Idiot box "television set" is from 1959; idiot light "dashboard warning signal" is attested from 1961. Idiot savant attested by 1870. 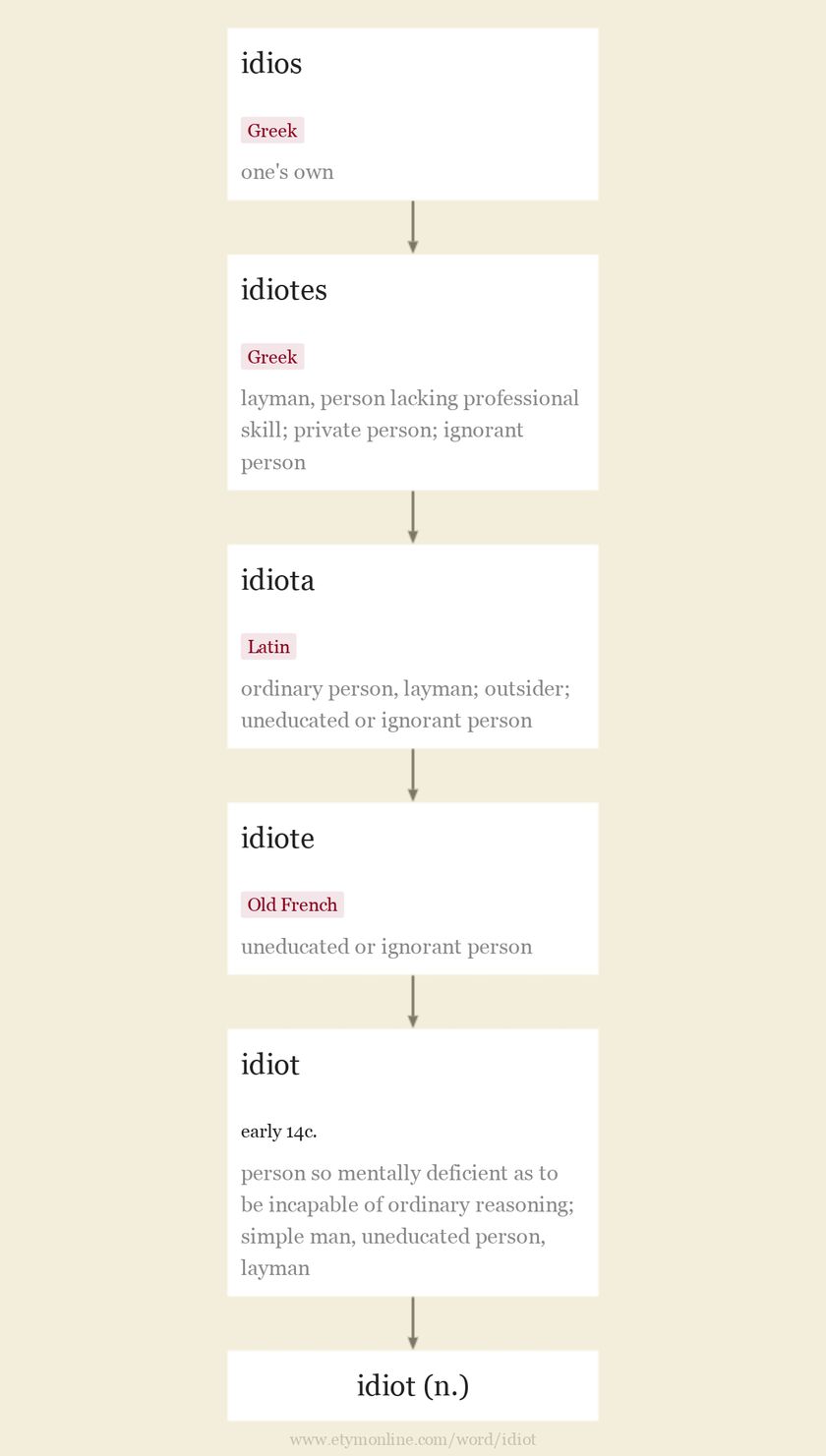