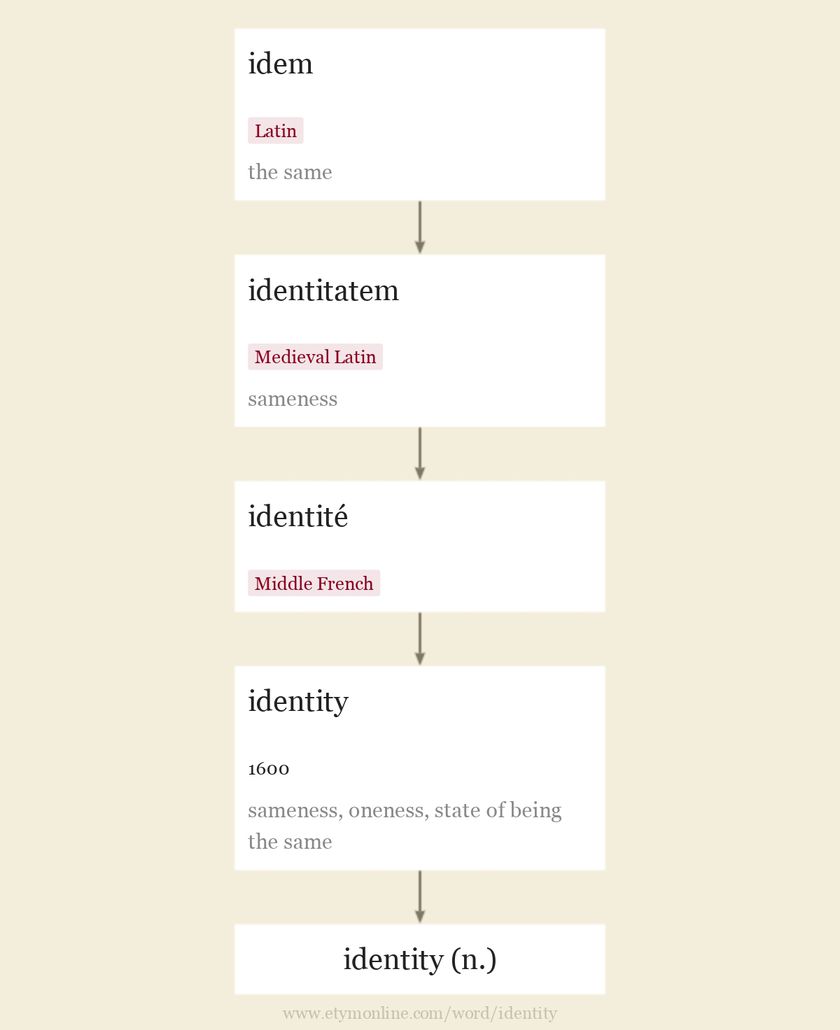 idem (adv.)
"the same (as above)," used to avoid repetition in writing, Latin, literally "the same," from id "it, that one," from PIE pronominal stem *i- (see yon) + demonstrative suffix -dem.
identify (v.)
1640s, "regard as the same," from French identifier, from identité (see identity). Sense of "determine the identity of, recognize as or prove to be the same" first recorded 1769. Meaning "make one (with), associate (oneself), regard oneself as being the essence of" is from 1780. Sense of "serve as means of identification" is attested by 1886. Related: Identified; identifying.

Advertisement
Advertisement
Definitions of identity
identity (n.)
the distinct personality of an individual regarded as a persisting entity;

you can lose your identity when you join the army

Synonyms: personal identity / individuality
identity (n.)
the individual characteristics by which a thing or person is recognized or known;

she guessed the identity of his lover

it was too dark to determine his identity

identity (n.)
an operator that leaves unchanged the element on which it operates;

the identity under numerical multiplication is 1

they shared an identity of interests