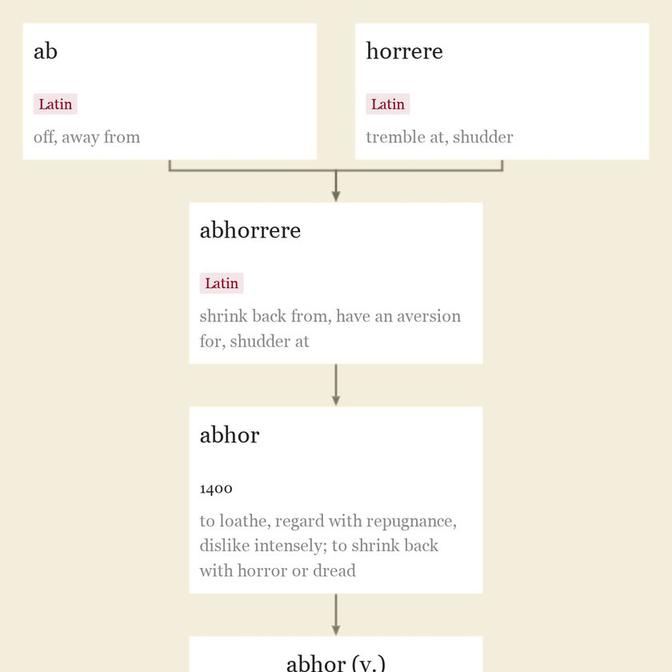 c. 1400, "to loathe, regard with repugnance, dislike intensely," literally "to shrink back with horror or dread," from Latin abhorrere "shrink back from, have an aversion for, shudder at," from ab "off, away from" (see ab-) + horrere "tremble at, shudder," literally "to bristle, be shaggy," from PIE *ghers- "start out, stand out, rise to a point, bristle" (see horror).

Formerly also "fill (someone) with horror or loathing" (16c.). In Latin it was less intense: "be remote from, vary from, differ from, be out of harmony with." Related: Abhorred; abhorring.

arugula (n.)
edible cruciform plant (Eruca sativa) used originally in the Mediterranean region as a salad, 1967, the American English and Australian form of the name (via Italian immigrants), from a dialectal variant of Italian ruchetta, a diminutive form of ruca-, from Latin eruca, a name of some cabbage-like plant, from PIE *gher(s)-uka-, from root *ghers- "to bristle" (see horror).

In England, the usual name is rocket (see rocket (n.1)), which is from Italian ruchetta via French roquette. It also sometimes is called hedge mustard.