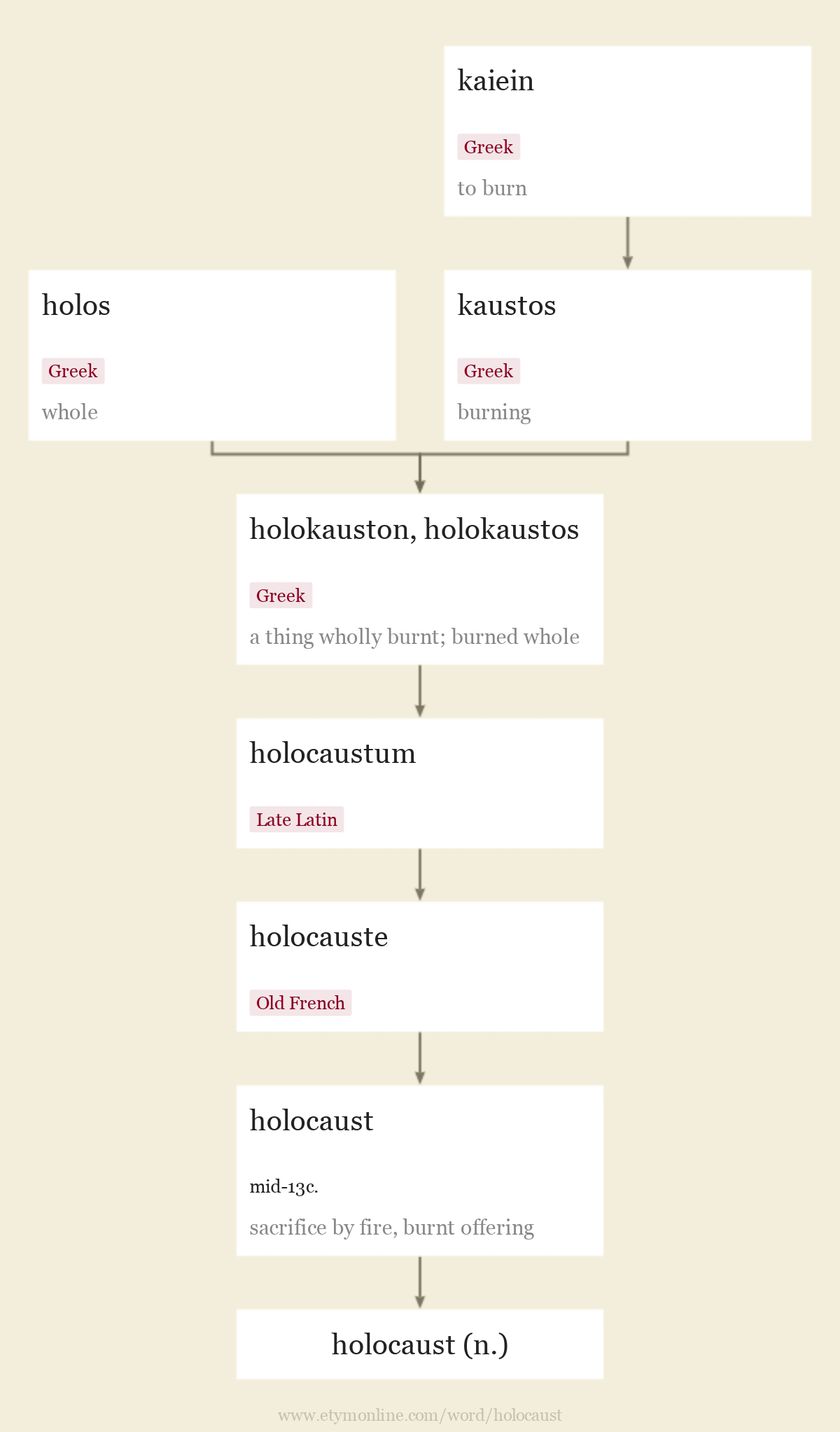 c. 1400, "capable of burning or destroying organic tissue, corrosive," from Latin causticus "burning, caustic," from Greek kaustikos "capable of burning; corrosive," from kaustos "combustible; burnt," verbal adjective from kaiein, the Greek word for "to burn" (transitive and intransitive) in all periods, which is of uncertain origin with no certain cognates outside Greek.

Figurative sense of "sarcastic, severely critical" is attested from 1771. As a noun "a caustic substance," early 15c., from the adjective.

Advertisement
Advertisement
Definitions of holocaust
1
holocaust (n.)
an act of mass destruction and loss of life (especially in war or by fire);

2
Holocaust (n.)
the mass murder of Jews under the German Nazi regime from 1941 until 1945;
Synonyms: final solution
From wordnet.princeton.edu