The idea was to gain lift from spiral aerofoils, and it didn't work. Used by Jules Verne and the Wright Brothers, the word was transferred to helicopters in the modern sense when those were developed in the 1920s. Nativized in Flemish as wentelwiek "with rotary vanes." 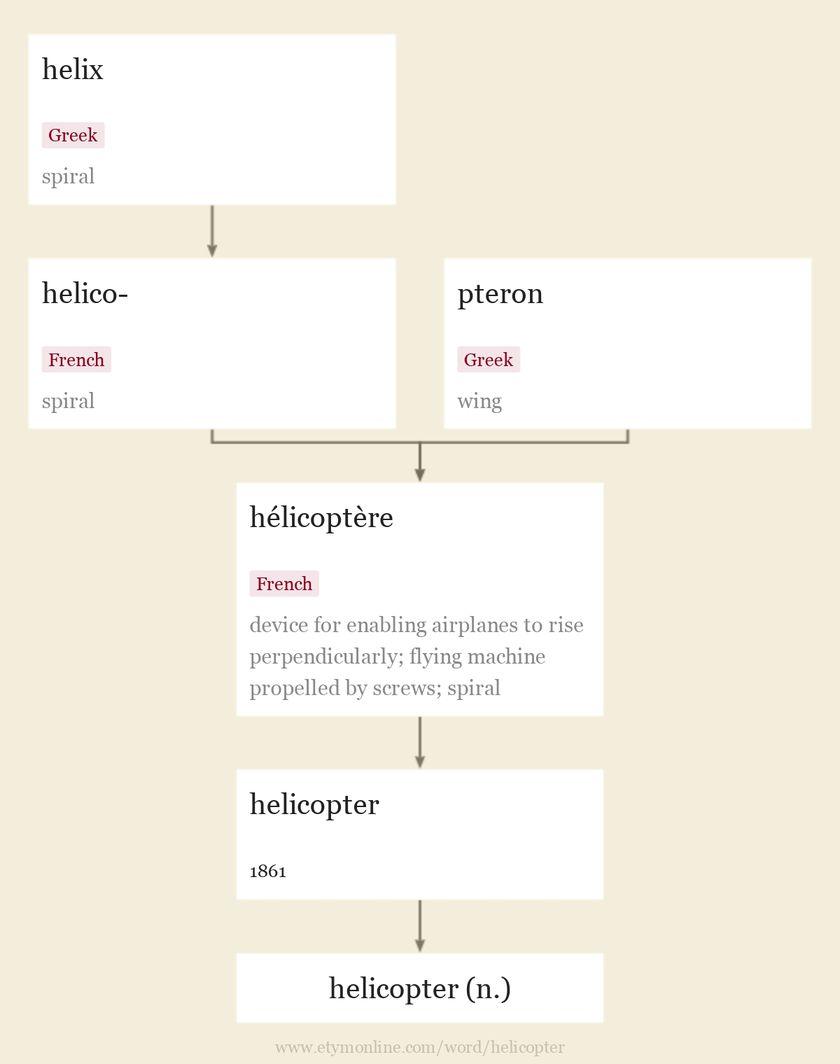 Advertisement
Definitions of helicopter from WordNet
helicopter (n.)
an aircraft without wings that obtains its lift from the rotation of overhead blades;
Synonyms: chopper / whirlybird / eggbeater
From wordnet.princeton.edu