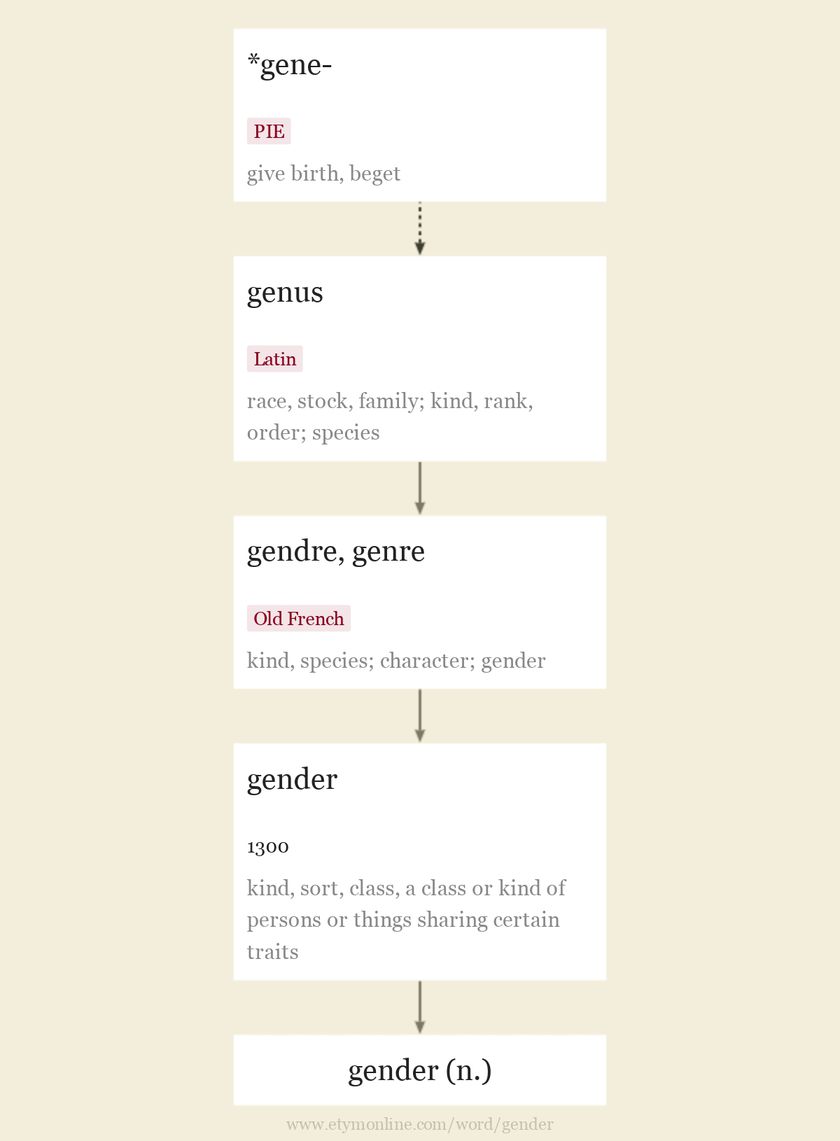 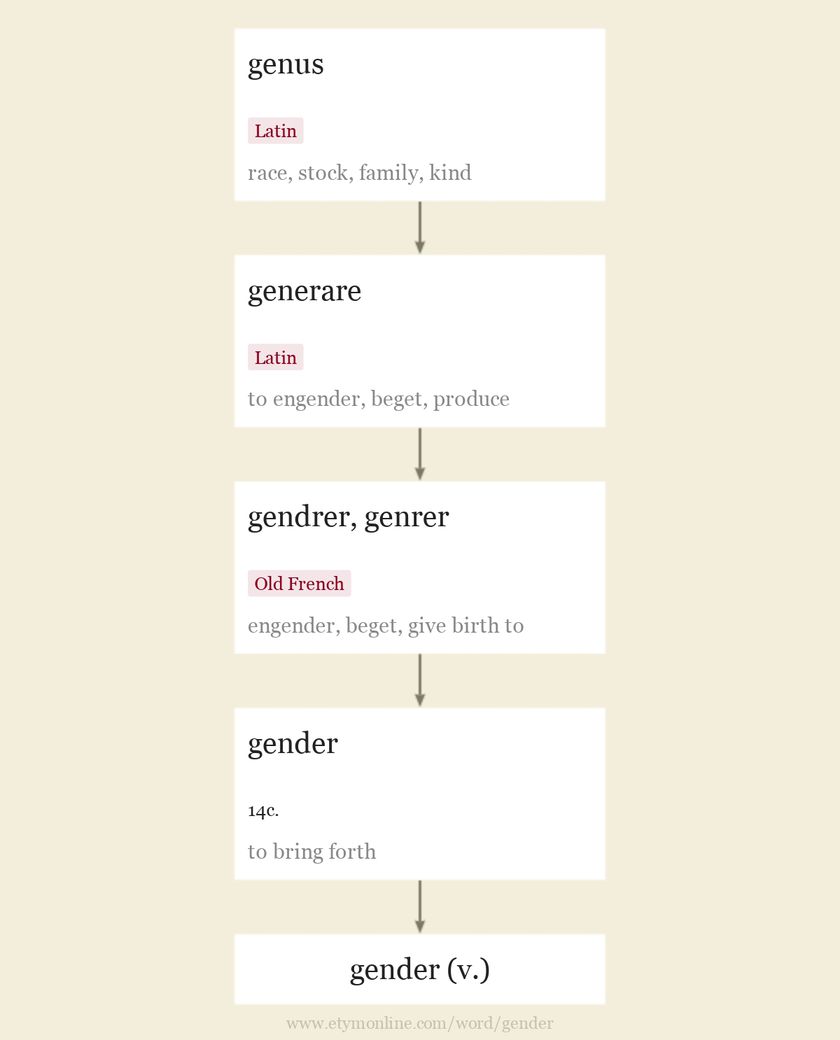 Advertisement
Definitions of gender from WordNet
gender (n.)
a grammatical category in inflected languages governing the agreement between nouns and pronouns and adjectives; in some languages it is quite arbitrary but in Indo-European languages it is usually based on sex or animateness;
Synonyms: grammatical gender
gender (n.)
the properties that distinguish organisms on the basis of their reproductive roles;
Synonyms: sex / sexuality
From wordnet.princeton.edu