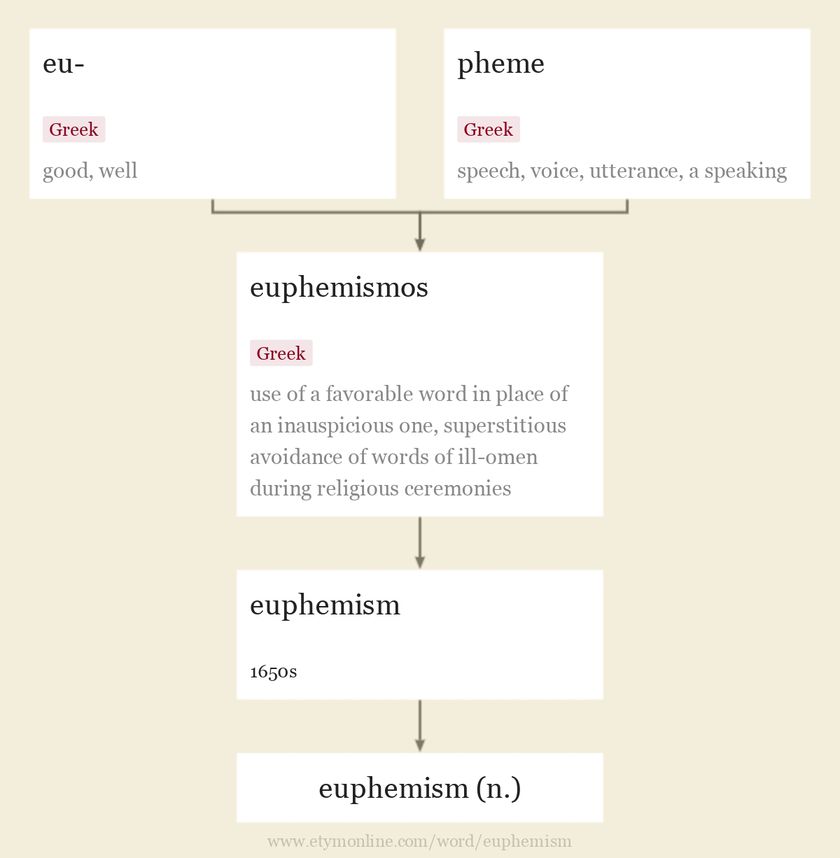 Advertisement
Advertisement
Definitions of euphemism from WordNet
euphemism (n.)
an inoffensive or indirect expression that is substituted for one that is considered offensive or too harsh;
From wordnet.princeton.edu