From late 14c. as "power or capacity to produce an intended result; efficacy, effectiveness," and in astrology, "operation or action (of a heavenly body) on human affairs; influence." Also "that which follows from something else; a consequence, a result." From early 15c. as "intended result, purpose, object, intent." Also formerly with a sense of "reality, fact," hence in effect (late 14c.), originally "in fact, actually, really." Meaning "impression produced on the beholder" is from 1736. Sense in stage effect, sound effect, etc. first recorded 1881. 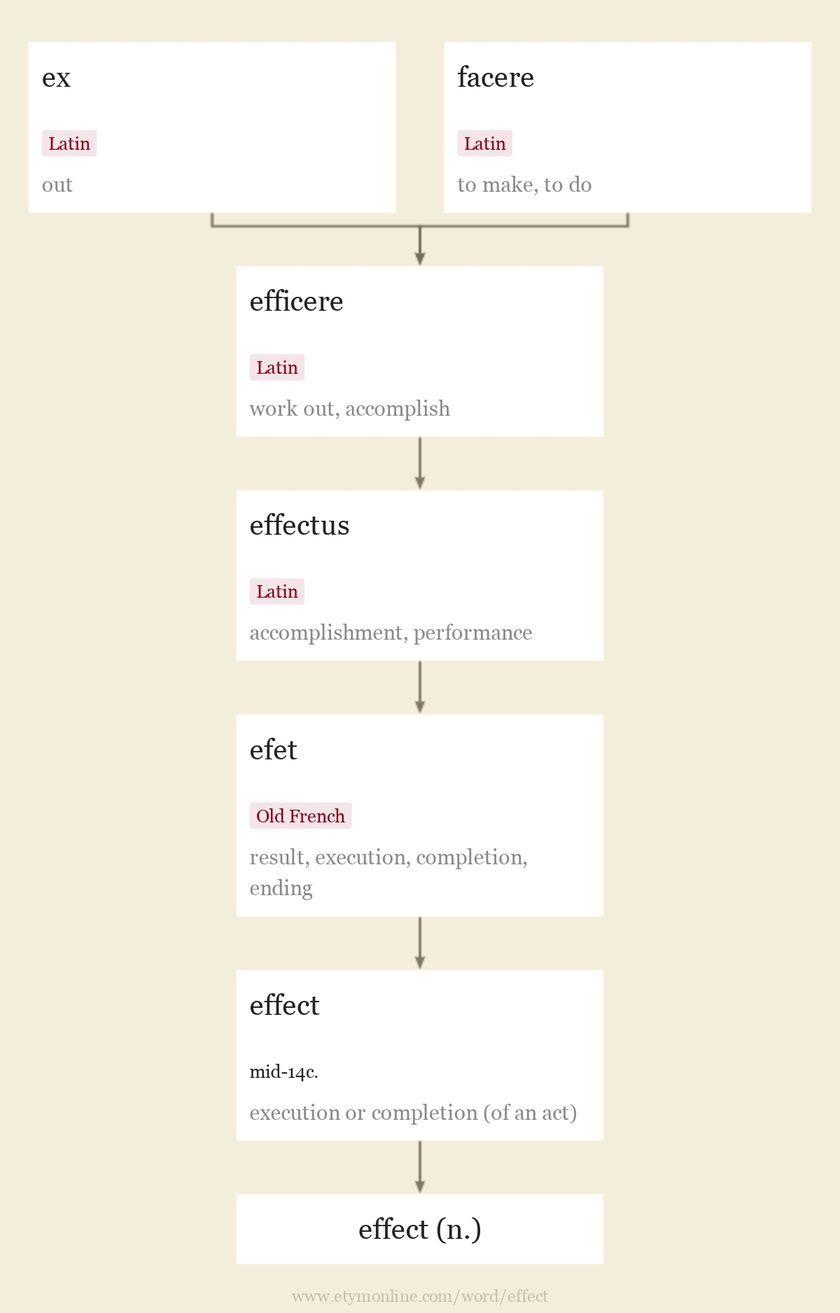 "to produce as a result; to bring to a desired end," 1580s, from Latin effectus, past participle of efficere "work out, accomplish" (see effect (n.)). Related: Effecting; effection; effectible. 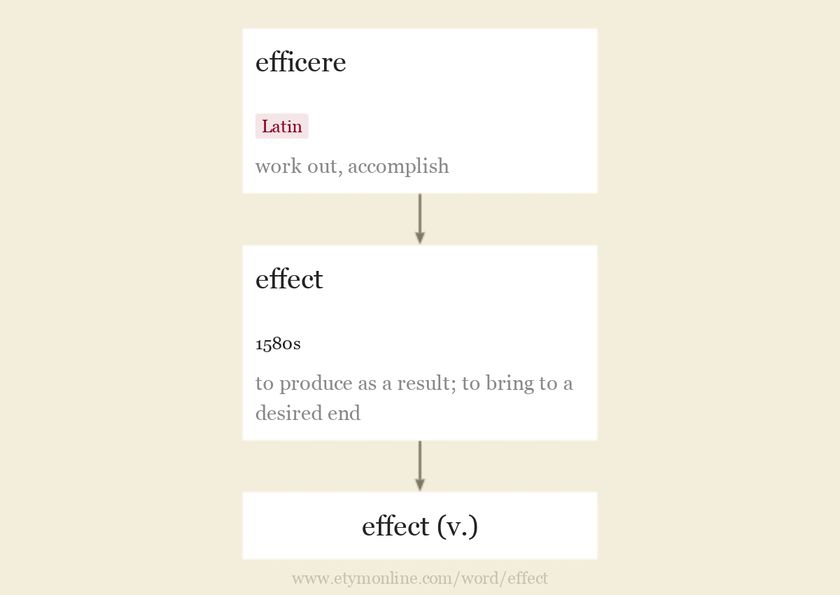 Advertisement
Definitions of effect from WordNet
1
effect (n.)
a phenomenon that follows and is caused by some previous phenomenon;

the magnetic effect was greater when the rod was lengthwise

Synonyms: impression
effect (n.)
an impression (especially one that is artificial or contrived);

he just did it for effect

effect (n.)
the central meaning or theme of a speech or literary work;
Synonyms: essence / burden / core / gist
effect (n.)
(of a law) having legal validity;

the law is still in effect

Synonyms: force
effect (n.)
a symptom caused by an illness or a drug;

the effect of the anesthetic

the effects of sleep loss

2
effect (v.)
produce;
Synonyms: effectuate / set up
effect (v.)
act so as to bring into existence;