late 14c., from Old French edifice "building" (12c.), from Latin aedificium "building," from aedificare "to erect a building," from aedis, variant of aedes "temple, sanctuary," usually a single edifice without partitions, also, in the plural, "dwelling house, building," originally "a place with a hearth" + combining form of facere "to make, to do" (from PIE root *dhe- "to set, put"). 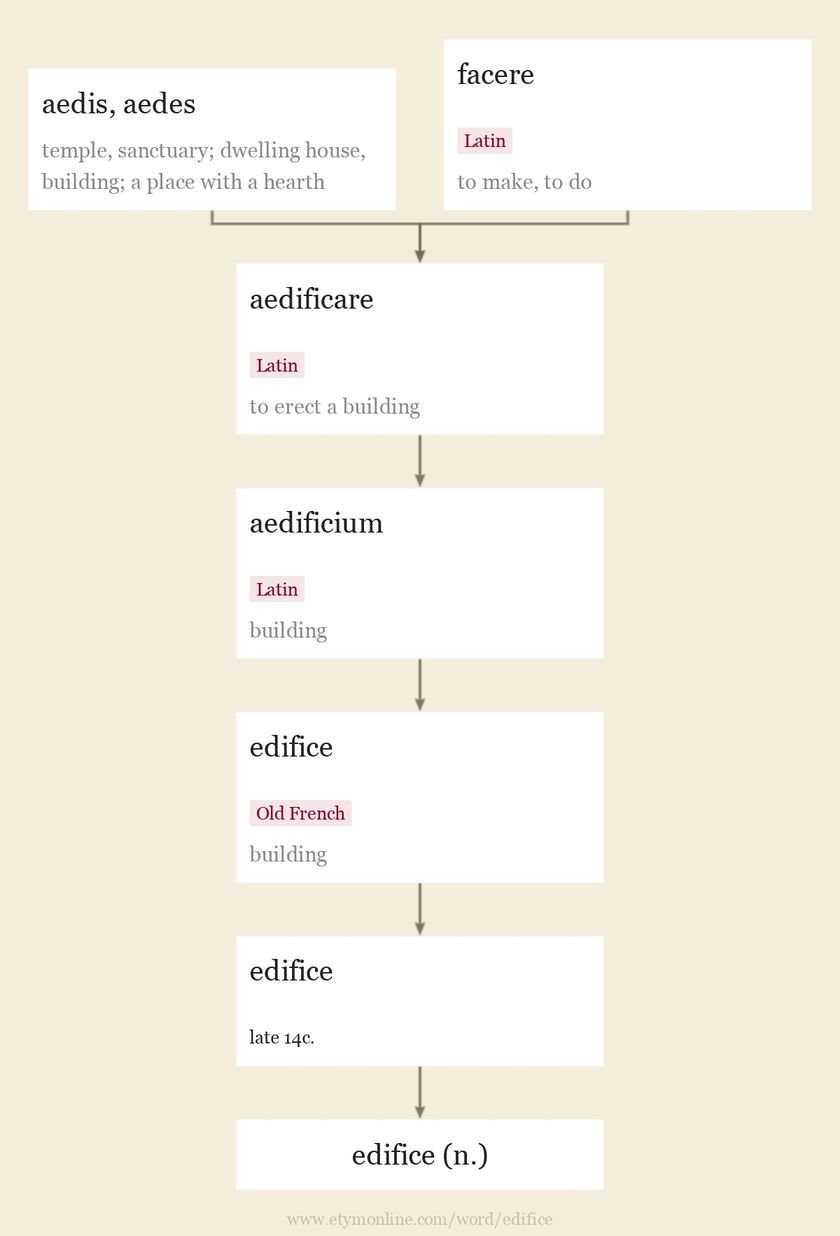 Advertisement
Definitions of edifice from WordNet
edifice (n.)
a structure that has a roof and walls and stands more or less permanently in one place;

it was an imposing edifice