mid-14c., in religious use, "a building up of the soul," from Old French edificacion "a building, construction; edification, good example," and directly from Latin aedificationem (nominative aedificatio) "construction, the process of building; a building, an edifice," in Late Latin "spiritual improvement," from past participle stem of aedificare "to build" (see edifice). Religious use is as translation of Greek oikodome in I Corinthians xiv. Meaning "mental improvement" is 1650s. Literal sense of "building" is rare in English, but Middle English bilding sometimes was used in religious writing to translate Latin aedificatio. 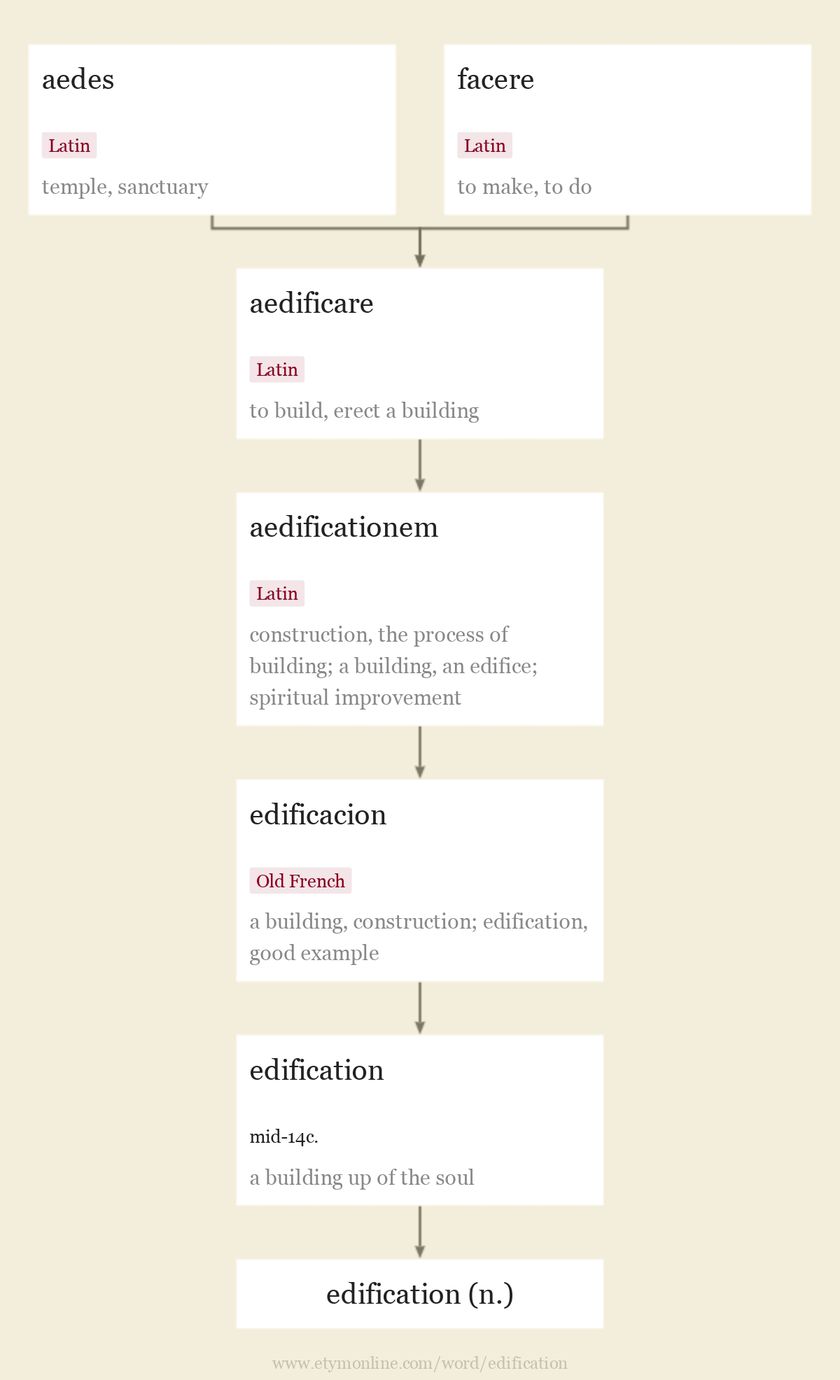