late 14c., "process of understanding, reasoning, thought," from French discours, from Latin discursus "a running about," in Late Latin "conversation," in Medieval Latin "reasoning," noun use of past participle of discurrere "to run about, run to and fro, hasten," in Late Latin "to go over a subject, speak at length of, discourse of," from dis- "apart" (see dis-) + currere "to run" (from PIE root *kers- "to run").

Meaning "a running over a subject in speech, communication of thought in words" is from 1550s; sense of "discussion or treatment of a subject in formal speech or writing," is from 1580s. 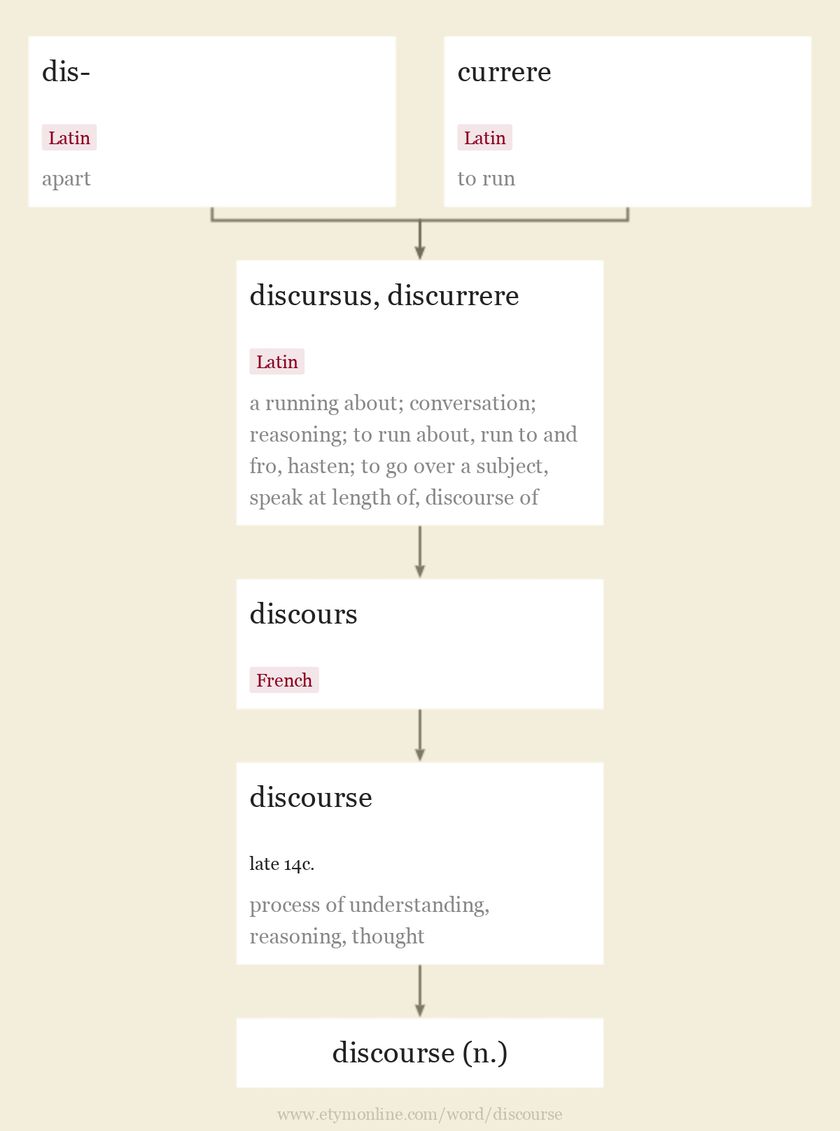 "hold discourse, communicate thoughts or ideas, especially in a formal manner," 1570s, from discourse (n.). Sense of "speak or write at length" is from 1560s. Earlier in now-obsolete sense of "run or travel over" (1540s), the literal sense of the Latin verb. Related: Discoursed; discoursing.