The sense is astrological, of a calamity blamed on an unfavorable position of a planet, and "star" here is probably meant in the astrological sense of "destiny, fortune, fate." Compare Medieval Latin astrum sinistrum "misfortune," literally "unlucky star," and English ill-starred. 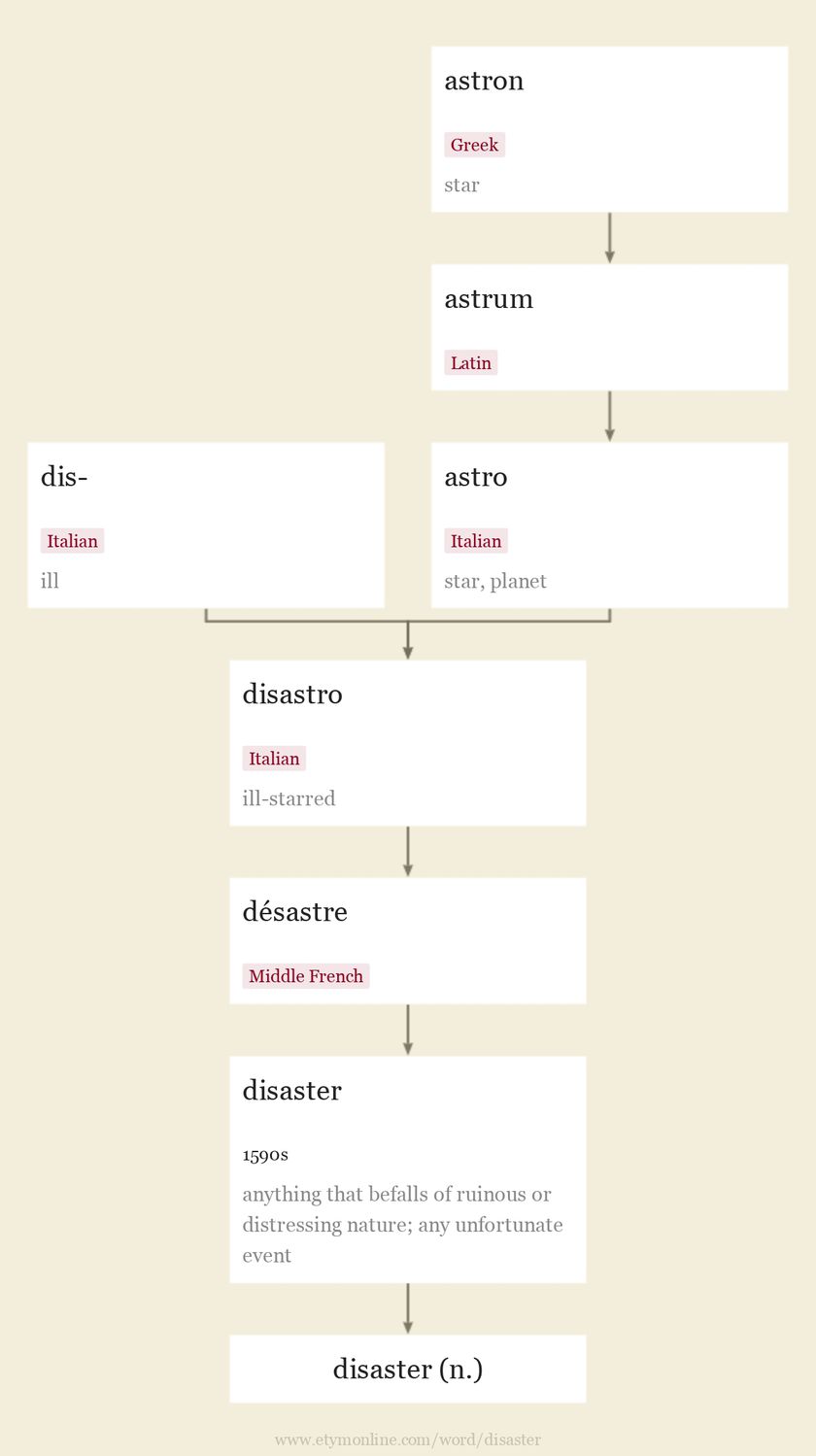 his policies were a disaster

the earthquake was a disaster