1520s in rhetoric (see below), from Late Latin dilemma, from Greek dilemma "double proposition," a technical term in rhetoric, from di- "two" (see di- (1)) + lemma "premise, anything received or taken," from root of lambanein "to take" (see lemma).

A form of argument in which it is shown that whoever maintains a certain proposition must accept one or other of two alternative conclusions, and that each of these involves the denial of the proposition in question. [Century Dictionary]

Loosely, "choice between two undesirable alternatives," from 1580s. It should be used only of situations where someone is forced to choose between two alternatives, both unfavorable to him (the alternatives are called the horns of a dilemma). But even logicians disagree on whether certain situations are dilemmas or mere syllogisms. Related: Dilemmatic. 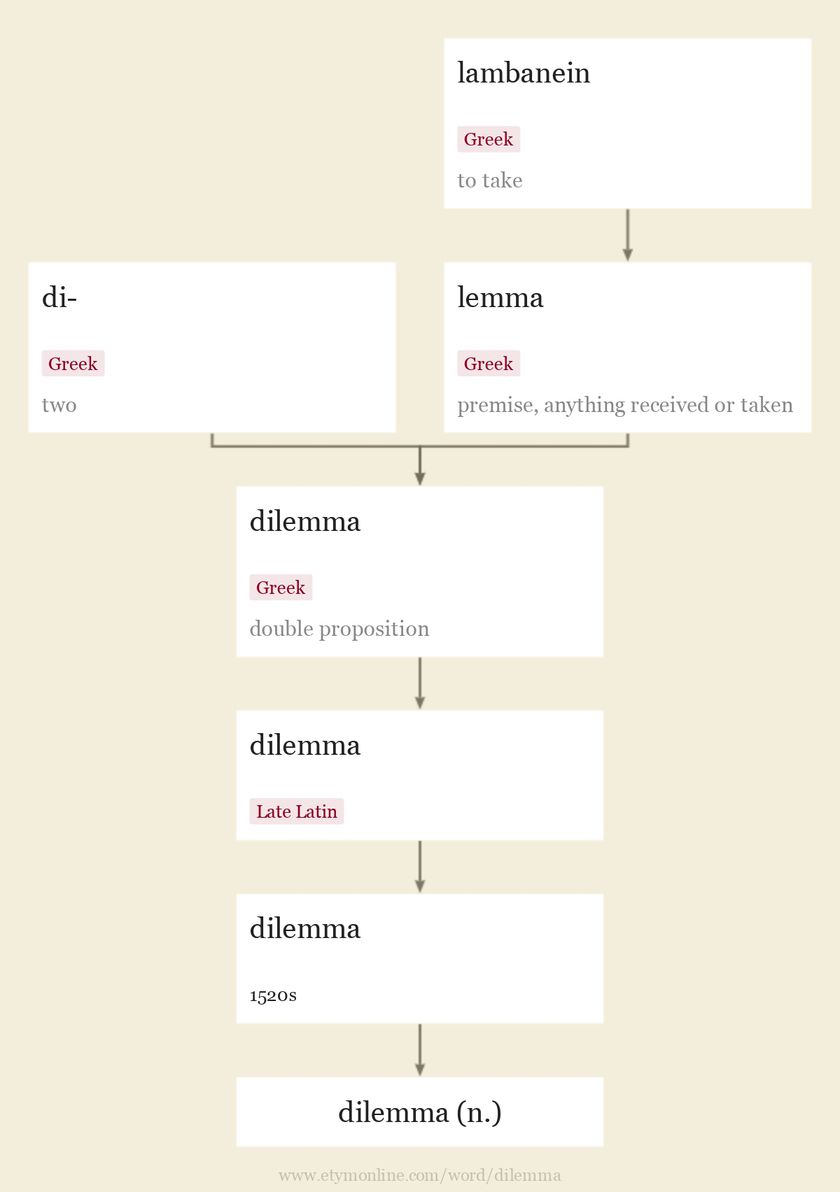 Advertisement
Definitions of dilemma from WordNet
dilemma (n.)
state of uncertainty or perplexity especially as requiring a choice between equally unfavorable options;
Synonyms: quandary
From wordnet.princeton.edu