It is attested from c. 1300 as "fight in defense of" (someone or something). From mid-14c. as "defend with words, speak in support of, vindicate, uphold, maintain." In Middle English it also could mean "forbid, prohibit; restrain, prevent." In the Mercian hymns, Latin defendet is glossed by Old English gescildeð. Related: Defended; defending. 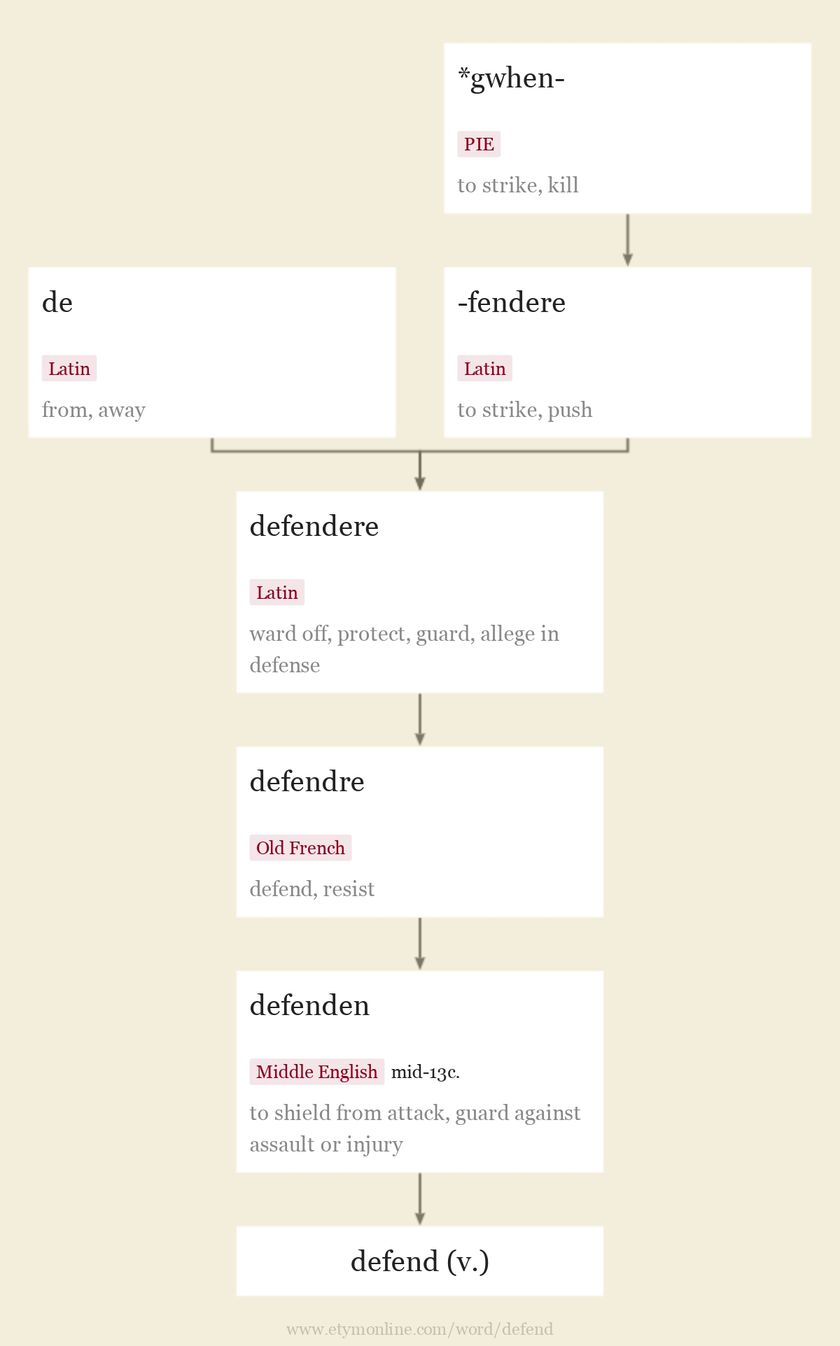