late 14c., defeten, diffaiten, "overcome (with sorrow or anger)," from Anglo-French defeter, from Old French desfait, past participle of desfaire "to undo," from Vulgar Latin *diffacere "undo, destroy," from Latin dis- "un-, not" (see dis-) + facere "to do, perform," from PIE root *dhe- "to set, put."

From early 15c. as "bring ruination, cause destruction" (now obsolete in this sense); from late 15c. as "frustrate, prevent the success of." Sense of "deprive of something expected, desired or striven for" is from 1530s. Meaning "overcome in a contest of any kind" is from 1560s. Related: Defeated; defeating. Compare defect, deficient. 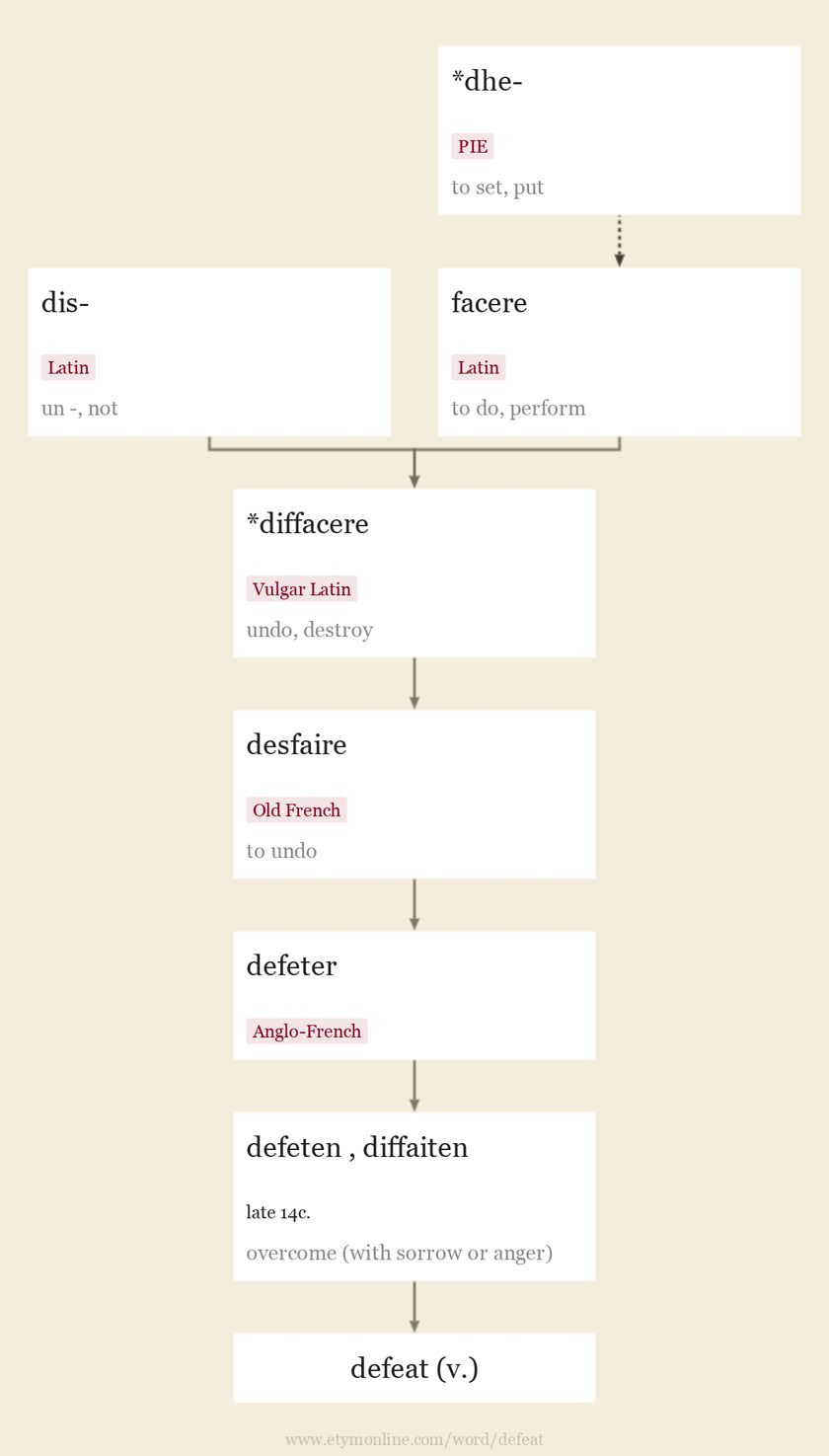 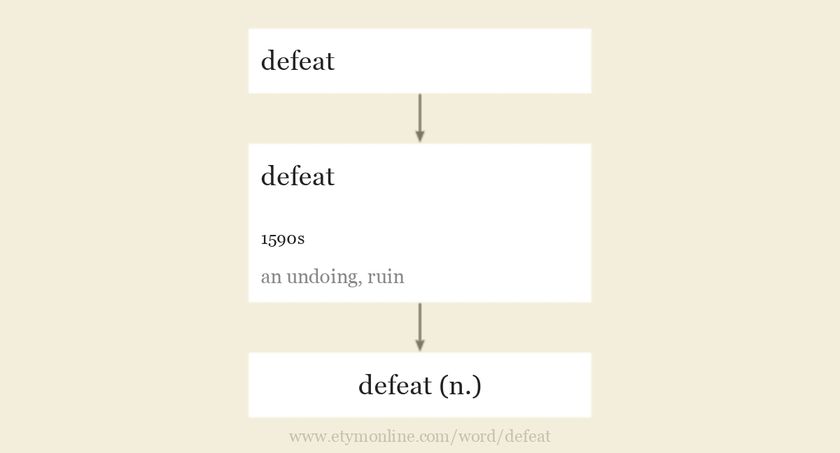 Advertisement
Definitions of defeat from WordNet
1
defeat (v.)
win a victory over;

Synonyms: get the better of / overcome
defeat (v.)
thwart the passage of;
Synonyms: kill / shoot down / vote down / vote out
2
defeat (n.)
an unsuccessful ending to a struggle or contest;

the army's only defeat

it was a narrow defeat

Synonyms: licking
defeat (n.)
the feeling that accompanies an experience of being thwarted in attaining your goals;
Synonyms: frustration
From wordnet.princeton.edu