early 13c., "offense, crime, sin;" late 13c., "a failing or failure, failure to act," from Old French defaute (12c.) "fault, defect, failure, culpability, lack, privation," from Vulgar Latin *defallita "a deficiency or failure," past participle of *defallere, from Latin de "away" (see de-) + fallere "to deceive, to cheat; to put wrong, to lead astray, cause to be mistaken; to escape notice of, be concealed from" (see fail (v.)). The financial sense is first recorded 1858; the computing sense is from 1966. 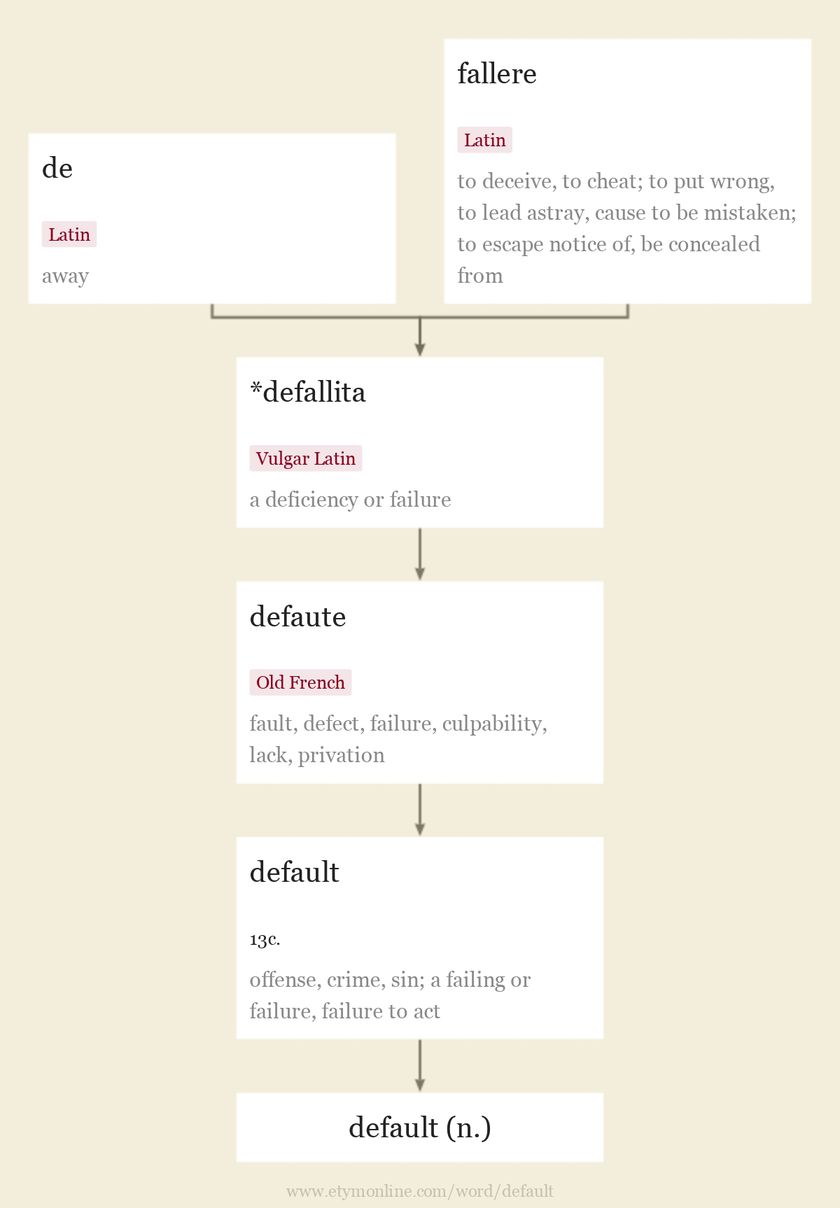 late 14c., defalten, defauten, "be lacking, be missing," also "become weak," from default (n.). Restricted meaning "to fail in fulfilling or satisfying an obligation," especially a legal or pecuniary one, is from late 15c. Related: Defaulted; defaulting. 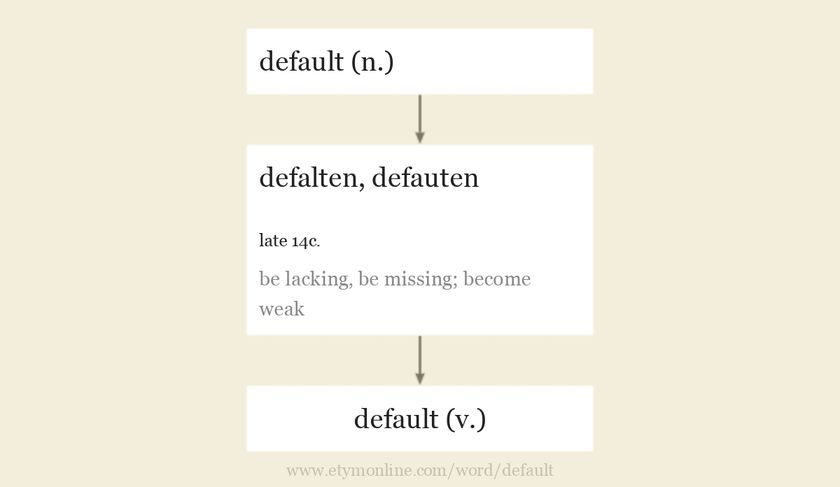 Advertisement
Definitions of default from WordNet
1
default (n.)
loss due to not showing up;

he lost the game by default