From late 14c. as "the wrong of injuring another's reputation without justification." From early 15c. as "calumny, slander, an instance of defaming." 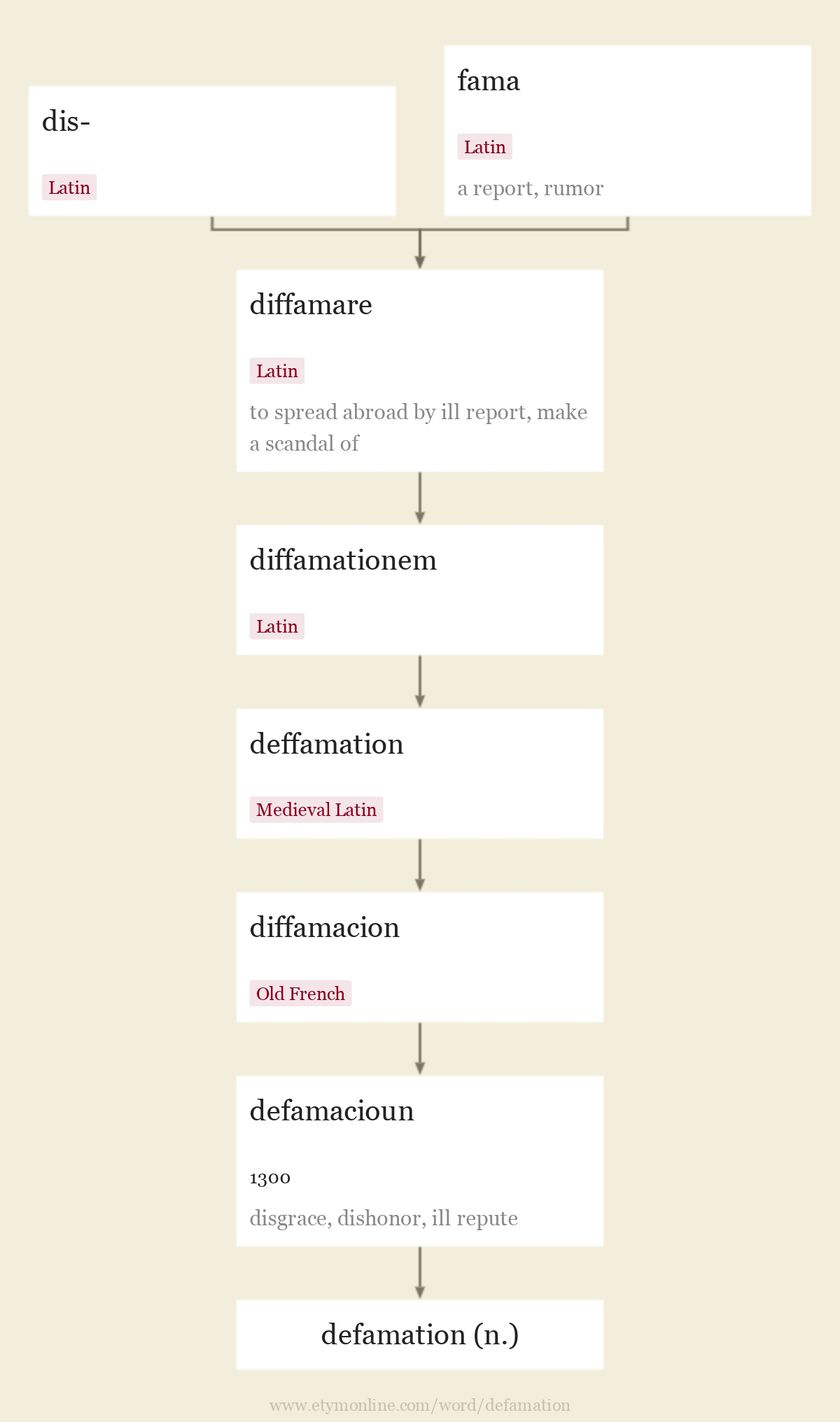