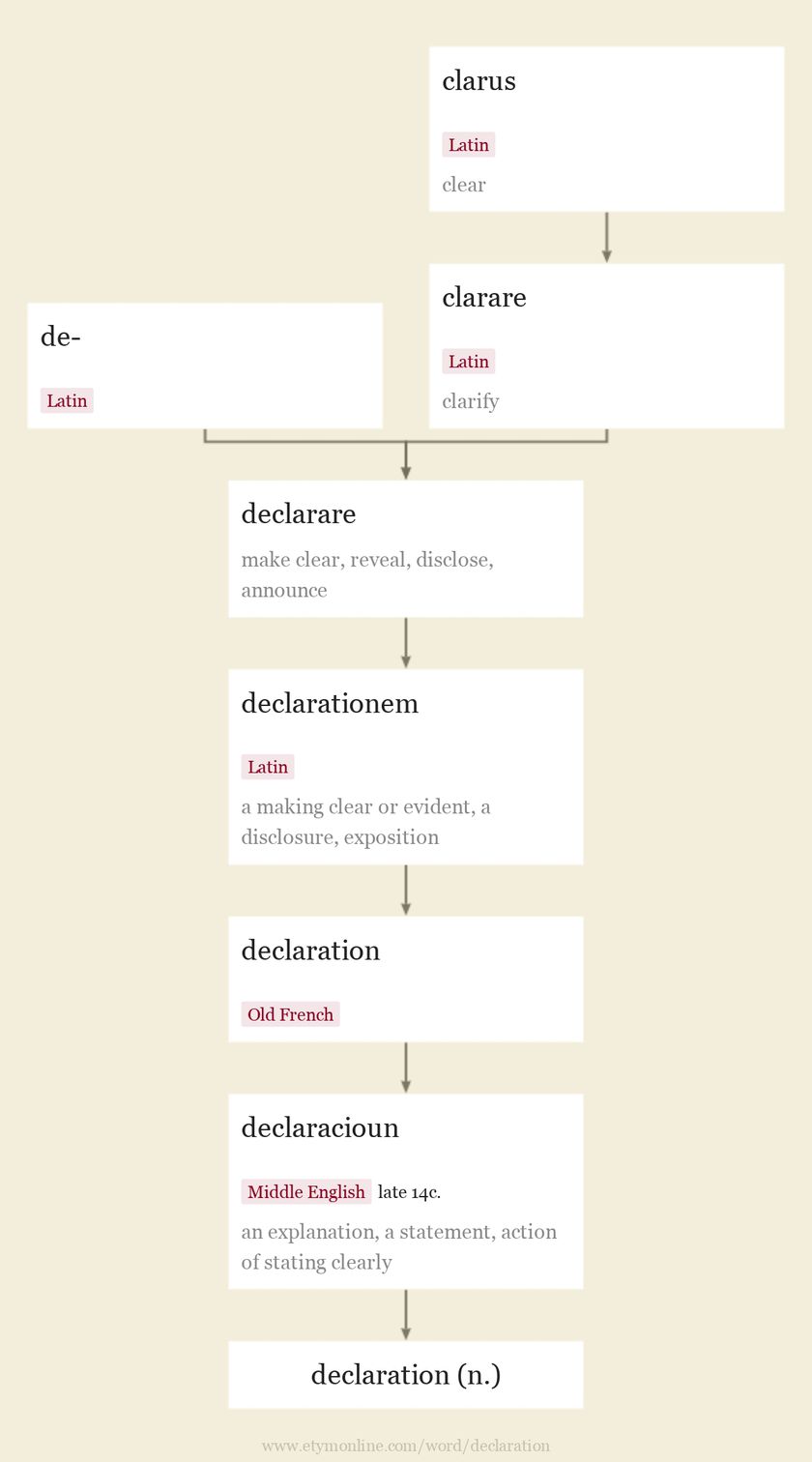 his declaration of innocence

a declaration of independence

Synonyms: announcement / proclamation / annunciation
declaration (n.)
a formal expression by a meeting; agreed to by a vote;
Synonyms: resolution / resolve
From wordnet.princeton.edu