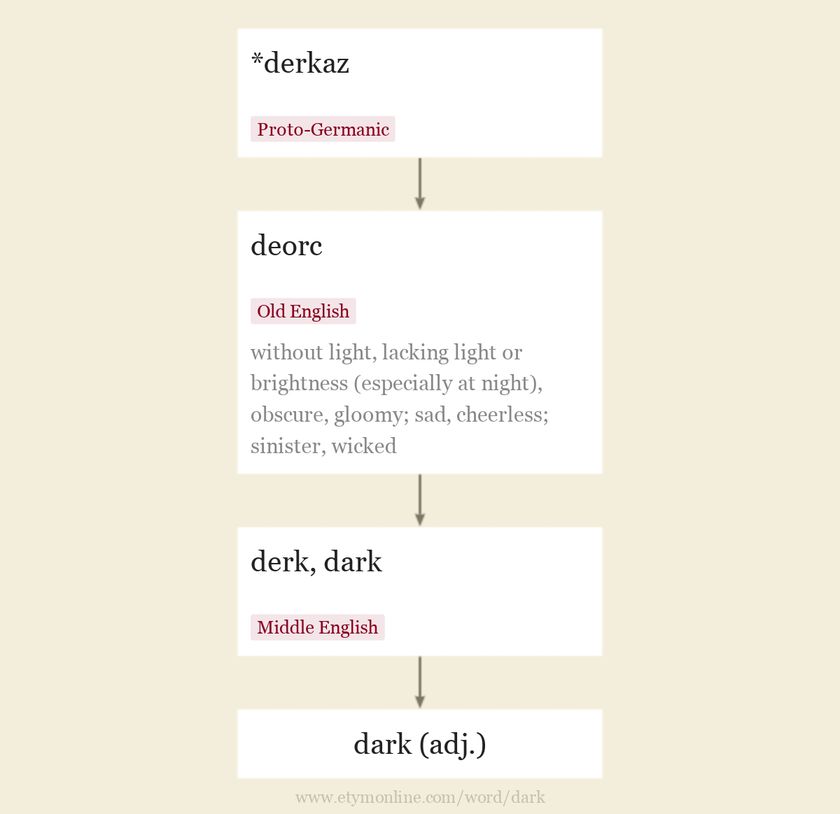 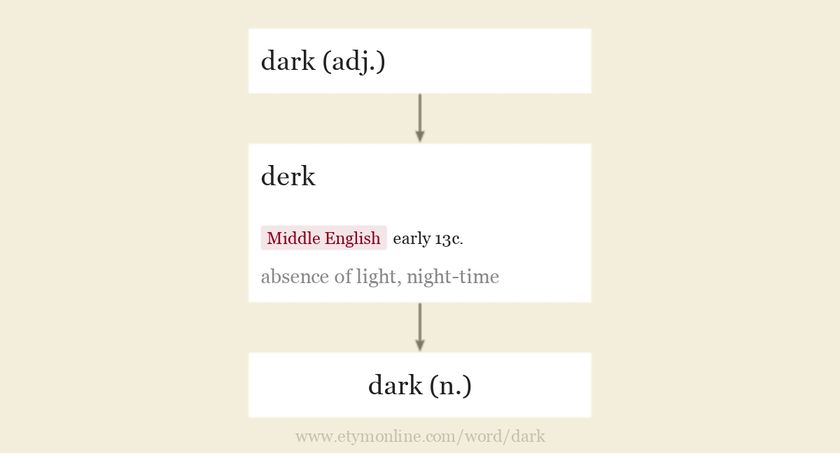 Advertisement
Advertisement
Definitions of dark from WordNet
1
dark (adj.)
devoid of or deficient in light or brightness; shadowed or black;

sitting in a dark corner

dark as the inside of a black cat

dark (adj.)
brunet (used of hair or skin or eyes);

dark (adj.)
stemming from evil characteristics or forces; wicked or dishonorable; "the scheme of some sinister intelligence bent on punishing him"-Thomas Hardy;

Darth Vader of the dark side

a dark age in the history of education

much that was dark is now quite clear to me

the dark days of the war

the theater is dark on Mondays

he was in the dark concerning their intentions