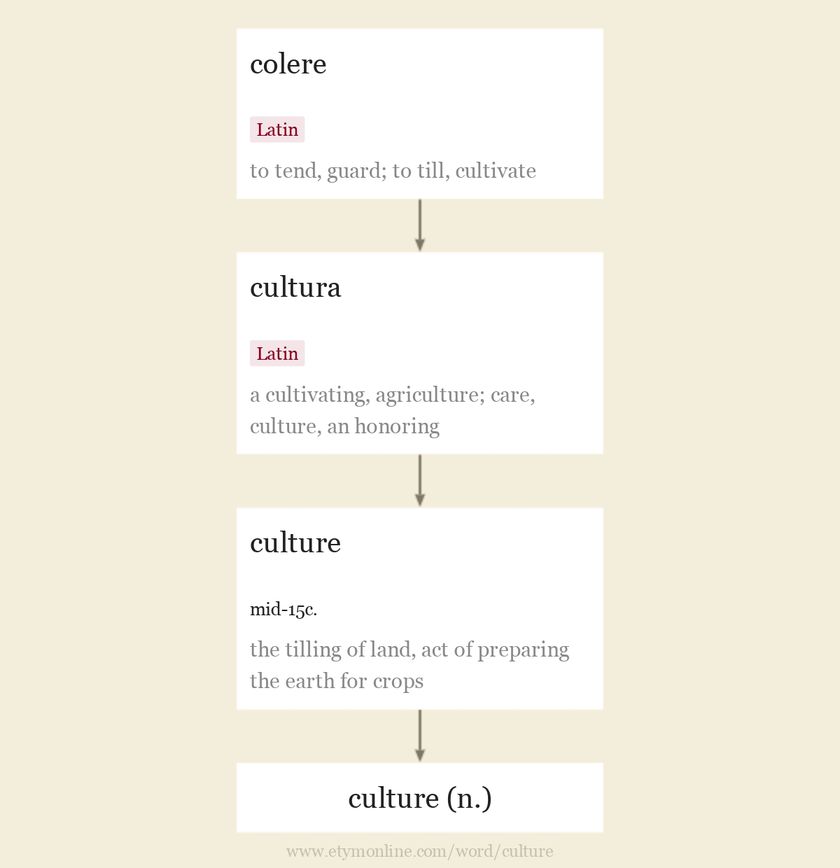 the culture of cells in a Petri dish

culture (n.)
a highly developed state of perfection; having a flawless or impeccable quality; "almost an inspiration which gives to all work that finish which is almost art"--Joseph Conrad;
Synonyms: polish / refinement / cultivation / finish
culture (n.)
the attitudes and behavior that are characteristic of a particular social group or organization;

culture (n.)
the raising of plants or animals;

the culture of oysters

2
culture (v.)
grow in a special preparation;
From wordnet.princeton.edu